Home Entertainment Stargirl: Season 2 Will Be Darker And Deeper

Stargirl: In a recent interview with Digital Sky, actress Joy Osmanski, who plays the character Paula Brooks, also known as Tigress, in Stargirl, revealed that season 2 of the series will be much darker. According to her, the new episodes will also delve into issues that are very relevant to the narrative.

Thus, the actress hinted that the villains presented during the plot will be indispensable and will drive the characters to perform certain actions. “I believe that in season 2, the series has the opportunity to go even further. I think we will see a little of the forces of evil in action this time”, guaranteed the artist.

Joy Osmanski also hinted that Paula’s relationship with Artemis Crock (Stella Smith), a character who later takes on the Tigress facet in the comics, will be explored throughout the episodes.

“Everything is relative in this series. What viewers have seen about Tigress [so far] has to do with the fact that she is completely bloodthirsty when it comes to defending her family,” she argued. “She can do anything and has no moral qualms about certain issues,” added the actress.

Stargirl: what to expect from the new episodes of the DC series?

After the revamping of streaming DC Universe, Stargirl got a new home on The CW. With that, after being shown on open television in 2020, it was automatically renewed for the 2nd season. The premiere is still scheduled for August 10 on the network and fans remain curious about what’s next.

Apparently, the new wave of episodes will feature the title character (played by Brec Bassinger), with the Justice Society, facing the villain Eclipse (Nick E. Tarabay) — a grandiose representative of anger and revenge.

Another threat to be presented in the series will come with actor Jonathan Cake, playing The Shade. This villain is able to manipulate shadows to build anything he wants. The cast also features guest appearances by Yvette Monreal, Luke Wilson, Amy Smart, Meg DeLacy and Joel McHale.

So don’t miss it! Stargirl returns in August on The CW. 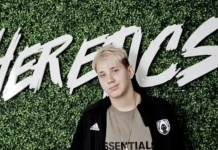 The Twitch Brunenger Streamer Was Finally Unban After 2 Years

TikToker Caused Controversy After Filming a Small Child Alone in a...