The Stargirl series, which originally debuted in streaming DC Universe and is now part of The CW, will have a very special guest in its 2nd season. This is Jay Garrick (played by John Wesley Shipp), the first character to be recognized as the Flash hero.

The character’s introduction was first seen in Season 2 of The Flash, also shown by The CW. On the occasion, the fans saw a meeting between Jay and Barry Allen (Grant Gustin), in a very interesting development for the production narrative.

In Stargirl, John Wesley Shipp will appear with his iconic character from the 9th episode.

According to information released to date, the episode in question will focus on a “crucial flashback” that will introduce Jay Garrick as a member of the Justice Society of America.

Apparently, this will be one of the ways to integrate the new series of The CW as part of the new multiverse created in the famous event “Crisis on Infinite Earths”, shown between December 2019 and January 2020.

Stargirl season 2 has no set release date yet
So far, no debut date for the second season of Stargirl has been announced by The CW. Created by screenwriter Geoff Johns, the series also features executive production by Sarah Schechter, Glen Winter, Greg Beeman, Melissa Carter and Greg Berlanti.

In the cast, there is the presence of Brec Bassinger, who plays the protagonist Courtney Whitmore, or Stargirl, and Yvette Monreal as Yolanda Montez, or Pantera. 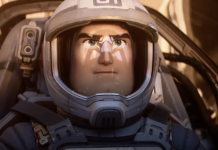 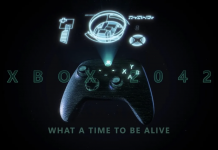 What will the Xbox look like in 2042? Here is the answer!