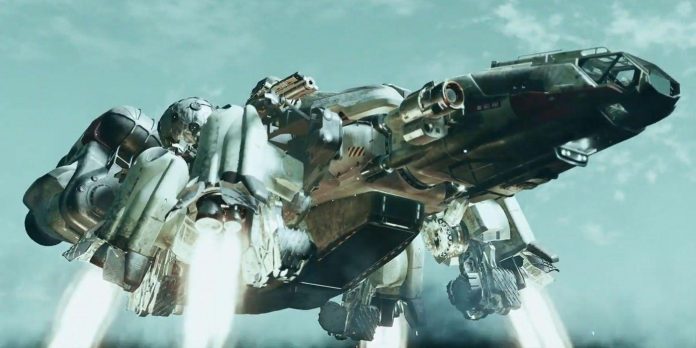 Some fans are building a new theory about the release date of Starfield, based on the historical Easter egg found in the latest gameplay trailer. Bethesda Game Studios, the developer of Fallout and Skyrim, announced Starfield during its panel at E3 2018, and the space-themed project has since attracted attention as Bethesda developed the first fully original intellectual property in more than twenty-five years and the first major release after it. Bethesda was bought by Xbox Game Studios in March last year. The action of Starfield will take place in a future divided by a galaxy-spanning war, and players will explore a vast frontier called Settled Systems after this conflict.
More information about Starfield was presented during the Xbox Games Showcase live broadcast in June at Summer Game Fest, where Bethesda released an impressive game trailer that tells how players will be able to build their own ships to explore the nearly 1,000 different planets that make up the game world. Regulated systems. Along the way, players will interact with non-player characters in the first person, and Starfield refuses the controversial voice acting of the main character presented in Fallout 4. On the other hand, Starfield will expand the best features of Fallout 4. The (settlement building) function and allows potential space explorers to build their own interplanetary settlements in 996 worlds where there are no major cities or other settlements yet.
Related: Realistic Starfield Character Models Stand Out in the Trailer
Players excited about Starfield still don’t know when the game will be released, but a small handful of sharp-eyed viewers believe they may have discovered a clue hidden in the recent Starfield game trailer. According to PC Gamer, Twitter user LoneVaultWander noticed that the spacecraft shown in the Starfield trailer is marked with the number “SV 821 393”, an obvious reference to the US patent number for the experimental aircraft that the Wright brothers used for their historic flights. The first powered flight over Kill Devil Hills, North Carolina, in 1903. Some Reddit users, such as Balrog229, have indicated that this patent was filed on March 23, 1903, and they think this means that Starfield will be released on March 23, 2023. also confirmed by the fact that this date reads as “3-23-23”, which is consistent with Bethesda executive producer Todd Howard’s documented penchant for bizarre release dates, such as the initial launch of The Elder Scrolls: Skyrim on November 1, 2011. (1-11-11). Of course, Bethesda has not yet given an official confirmation of the release date of Starfield, so for now all this is just speculation.
Here’s a cool Easter egg in the Starfield trailer.
The number of the spacecraft SV 821 393 coincides with the number 821 393 of the US patent for the Wright brothers aircraft.
It was the world’s first successful motor aircraft. Very suitable for Starfield. pic.twitter.com/jf0GYZthPi
— LoneVaultWanderer (@LoneVaultWander) June 13, 2022
Starfield was originally scheduled to launch on November 11, 2021, but it was eventually postponed until 2023 along with the vampire-infused stealth thriller Redfall. It has been suggested that this delay was caused by production problems, and some alleged sources of information claimed that Starfield was suffering from poorly developed flight mechanics and problems with the Creation Engine 2 game engine. Although these claims were never confirmed as the reason for the Starfield delay. from 2022, a subsequent report raised concerns on the part of developers that Starfield would suffer a launch similar to the controversial Cyberpunk 2077 if it was not postponed to allow more time for polishing.
The Wright Brothers-related Easter egg found in the Starfield gameplay trailer last month may just be a hint at the creation of the world’s first powered aircraft, which helped inspire the space travel that will be depicted in Starfield. On the other hand, the estimated release date of March 23, 2023, which this link is said to mean, would really be a clever tribute to history — assuming Starfield is actually going to launch on that date on the Xbox Series and PC platforms.

Bloodborne Kart Is Real: This Is How The Spectacular Project Of...