Home Entertainment Starfield will offer hundreds of hours; will be “more hardcore” than other... 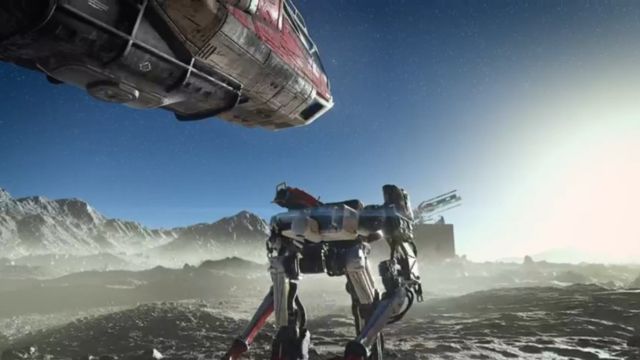 Starfield: Bethesda’s ambitious project will arrive in November 2022. It will feature a first or third person camera, among other new details. Starfield is Bethesda’s new role-playing saga, an ambitious, large intellectual property willing to borrow the spirit of previous company creations to create its own universe. Presented at the beginning of the Xbox & Bethesda Games Showcase of this E3 2021, there are many doubts on the table before its premiere in November 2022. Todd Howard, executive producer of Bethesda Game Studios, has explained in Telegraph (via PC Gamer) some interesting aspects of this space opera.

Camera in the first or third person, you choose in Starfield

To begin with, he explained that a more “hardcore” RPG adventure awaits us than previous major productions of the company, such as The Elder Scrolls V: Skyrim or Fallout 4, the latest numbered iterations of these sagas, with “hundreds” of hours of contents. The story will be a fundamental axis of the experience, how could it be otherwise, and although its realistic approach to the space world, astrophysics and other scientific aspects will be there, Howard emphasizes that “it is still a video game.”

“It’s a bit more hardcore an RPG than we’ve done before,” Howard tells The Telegraph. “It has really great character systems,” like choosing your past, and so on. “We go back to some things that we used to do in games long ago that we think allow players to express the character they want to be.”

Other interesting details of the interview come from the perspective of the camera. There are those who prefer to live the experiences of western role-playing games in the first person, others in the third person; in Starfield it will be possible to choose both.

Starfield will go on sale on November 11, 2022 exclusively for the new generation. We can play it on Xbox Series X, Xbox Series S, Windows 10 PC and Xbox Cloud Gaming for Android devices. Of course, it will be included from day one in Xbox Game Pass.