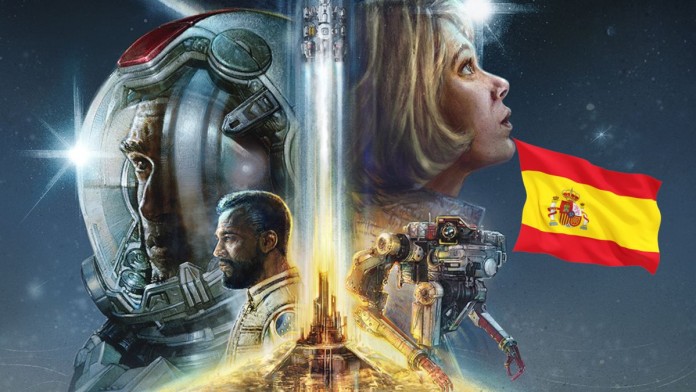 Starfield: Bethesda’s new intellectual property is a specially-themed game that will be released in November 2022. The Elder Scrolls V: Skyrim has just received its Anniversary Edition, but Bethesda Game Studios is working hard on its next project, the long-awaited Starfield. It is a space title developed for Xbox Series X, Xbox Series S and PC, a product that has become the company’s priority, so the launch of the sixth installment of The Elder Scrolls will take longer. Through Steam, it has been confirmed that Starfield will be translated, but also dubbed into Spanish.

According to the official file, the game will include voices in Spanish, English, German, French and Japanese. Of the European countries, Italy, Poland, Portugal or Russia are left without their respective dubbing. The truth is that like other great Bethesda RPGs, Starfield will take place in an open world full of conversations and narrative, so the localization work will be enormous.

AI and NPCs, subject to improvement

In an interview with IGN, Todd Howard, one of the top managers of Bethesda’s main sagas, spoke about the goals they want to meet in the new generation. Artificial intelligence and NPC behavior is on the list of pending improvements. “I think there is a long way ahead” when it comes to improving these aspects. “They are probably the main [targets].” The question is whether or not Starfield will implement any of these advancements.

Everything seems to indicate that the game will be shown again in the summer, at least, that was anticipated by Howard himself. Be that as it may, Starfield will go on sale on November 11, 2022 on Xbox Series X, Xbox Series S and PC. It will also be available on the Xbox Game Pass service from launch, while PS5 users will be left without it, as it is exclusive to the platform and Steam.