Home Entertainment Starfield: The Trailer Is Ingame and Was Made Without Any Cinematic Tools 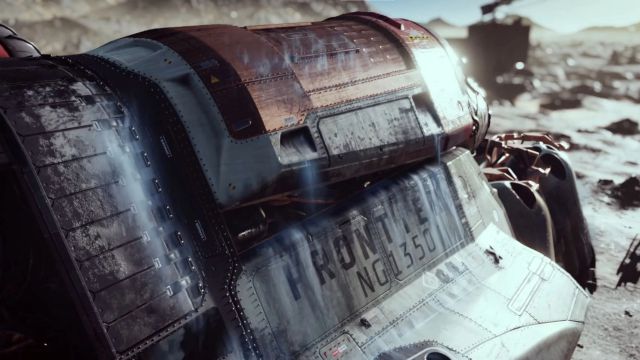 Starfield: The teaser was shown during the joint Xbox and Bethesda conference at E3 2021, where part of the future of the division was unveiled.The Xbox and Bethesda conference at E3 2021 opened with one of the most anticipated video games, although the trailer was leaked a few minutes earlier on the Washington Post website. Starfield, Bethesda’s new IP, has been seen in a short video, which draws the setting and traces the first details of the video game. Keith Beltramini, one of the studio’s lighting artists, has confirmed on his ArtStation profile that the teaser was made without the use of cinematographic tools.

“I created the lighting for Starfield’s 2021 teaser trailer,” he writes. “Using our own Creation Engine 2, we created this completely ingame without any cinematic tools.” He also anticipates that he worked closely with director Istvan Pely. “I assisted in art direction on any question related to lighting,” he adds.

In a recent statement to The Telegraph, Todd Howard, one of Bethesda’s top officials, explained that the game will add factions. This structure will be similar to The Elder Scrolls V: Skyrim, although they will delve into some more momentous issues. According to the creative, they will dive into scientific and religious themes, in order to make the players reflect. “I enjoy these questions,” he admitted in the interview.

Starfield has been revealed as one of the exclusives of the Xbox ecosystem. This means that it will be released on Xbox Series X, Xbox Series S and PC, although it will be available from day one on the Xbox Game Pass subscription service. In this way, Ultimate subscribers will have the possibility to enjoy the product also through the cloud, a service that will expand beyond mobile devices and will soon be able to be enjoyed on televisions, consoles, etc.

The video game already has a release date. When? We will still have to wait more than a year, since its departure is scheduled for November 11, 2022.

“Predator” and four other wonderful films turn 35 this year