Home Entertainment Starfield Spaceships Can Be a Double-Edged Sword 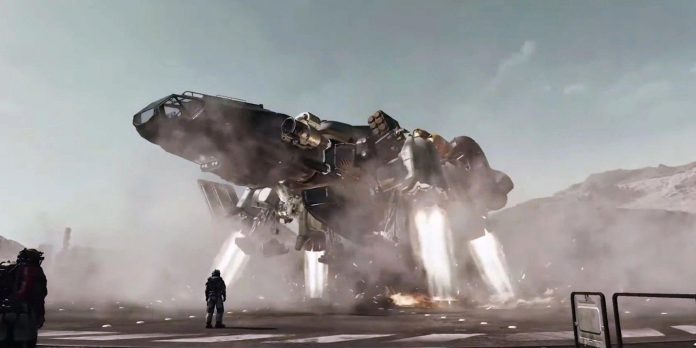 Players have finally gotten some essential details about Bethesda’s upcoming sci-fi Starfield game, and the recent Xbox and Bethesda Showcase presentation gives gamers their first official look at the gameplay. The fifteen-minute video not only demonstrates what Starfield actually looks like in action, but also details some of the features that the game will offer, including the construction of the base, the scale of its exploration and a number of characters that players will encounter.

One of the most intriguing aspects that brought to the fore recent glimpses of Starfield was its spaceflight and the role that the ships would play in the game. It was an element that fans have been waiting for for a long time, and it caused a lot of conversations among the players. While Starfield has recently showcased a lot of interesting elements, some of them have raised some concerns. The ship’s setup and freedom of movement in the game may seem great, but some fans are concerned that the flight mechanics still seem a little shaky.

RELATED: Starfield Must Avoid the Troubles of No Man’s Sky

One aspect that has always distinguished Starfield from previous Bethesda games, as well as from other sci-fi role-playing games with similar features, has been spaceships. The way the game uses them, how they are controlled and how they can be changed according to the whim of the player are all important elements of whether it will be a great feature or just useless. One thing that Bethesda seems to have nailed is the ability to fully customize ships in Starfield, from how they look to how they fly. Judging by what players could see during the recent Xbox and Bethesda demo, this is undoubtedly one of the coolest features of Starfield.

Customization seems to be the key to the Starfield gameplay, from the main character to the settlements. Players will be able to physically shape their gameplay in more than one way, as well as have a hand in storytelling through Starfield’s choice-based narrative and RPG elements. The ability to build a ship from scratch will help players fully immerse themselves in the world of Starfield, especially when you consider how important the ship is for the entire cosmic orientation of the game.

What can be dangerous about space flight

At the same time, since Starfield spaceships and spaceflight are given so much importance due to the fact that the game focuses on exploration and interplanetary travel, Bethesda is under pressure to make this feature right. Since the whole idea of Starfield is centered around the need for humanity to explore what is there, a lot of time is likely to be taken by flights to different areas, and if this aspect of the gameplay is disappointing or only borders on functionality, it can cause problems. It’s hard to say if players won’t be able to master the game, but the first glimpses don’t inspire much confidence.

In addition to the rumors about the complex mechanics of Starfield spaceflight, the footage shown during the Xbox and Bethesda Showcase really caused concern among some fans. While the combat looked like an intriguing element, and the idea of Starfield ships in general aroused great interest, the flight shown in the gameplay trailer did not look as smooth or exciting as some fans had hoped. It will be difficult to do it right, but it can save or destroy Starfield.

For a space exploration game, spaceflight is the key. Bethesda has stated that players won’t be manually transitioning from space to flying to the planet, so some elements will be automated, which may help, but it’s still an important feature to balance between other aspects of gameplay. If it doesn’t look or feel very good, it can spoil the impression of Starfield and even alienate players. In such a big game with so many other aspects to solve and ensure smooth operation, players just hope that the mechanics of spaceflight and ships have kept up with some of the other important features of Starfield when it comes to development time.

How Starfield is developing

In addition to space flights, over the past few days, Starfield has revealed many intriguing details. Gamers know that Bethesda has always planned to make an incredibly ambitious new IP — the first in more than two decades — but they were not ready for the scale of the game. There will be a hundred systems and over a thousand planets in Starfield that players can explore, with diverse landscapes, resources and alien life. This will undoubtedly keep players busy, but some are concerned that Bethesda is aiming too high and may not be able to reach the level that fans expect. This particular predicament and extensive setting are reminiscent of No Man’s Sky’s aspirations at launch, and fans hope Starfield doesn’t fall into the same trap.

Gamers still have something to worry about. The customization of Starfield seems almost endless: players can build their own ships, create their own settlements, and shape their main character the way they want with a sophisticated character creation system. As is customary in many Bethesda games, Starfield will have mod support — something that helped the developer’s previous games, such as The Elder Scrolls 5: Skyrim, achieve a kind of mythical longevity and relevance years after its launch thanks to tools that allow players to creatively adapt. the base game.

Bethesda has already provided detailed information about some of the factions and groups that make up the stratified Starfield society, but recent gameplay footage has shown how players interact with other characters in Constellation, the organization of space explorers to which the player will belong. There were also combat sections against a group of space pirates called the Crimson Fleet. Players can either fight or join this nefarious faction, demonstrating just one of the ways they can make their Starfield playthrough their own.

Starfield has caused a lot of buzz since its initial announcement, and while there have been some incredibly positive reactions as it has revealed more of its secrets, there have been mixed ones. Bethesda is still working on the game, and fans will have to wait and see how the slightly more sophisticated Starfield features, such as spaceflight, will work after its release.