Home Entertainment Starfield: Is it hard or soft science fiction? 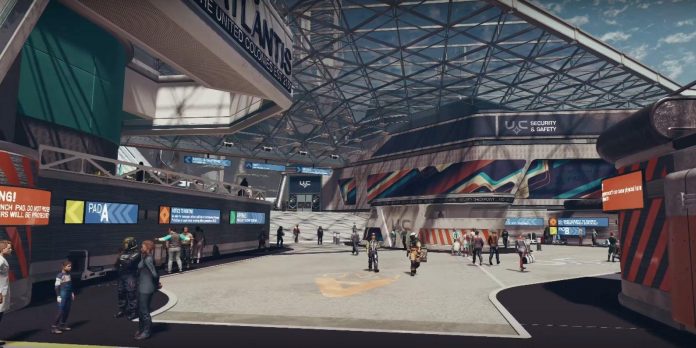 In 2023, Bethesda plans to release Starfield, a game set in the far reaches of outer space. Players are a member of Constellation, which is a faction of human explorers with big questions about the galaxy. In a nook of the Milky Way known as the Settled Systems, terrible intergalactic warfare has raged on between two factions known as the Freestar Collective and the United Colonies, but Starfield begins during a period of relative peace. Which factions, including these two and others, players will choose to side with and where they will direct their curiosity is wholly up to each player.

There is a lot of excitement surrounding the game, partially because it is Bethesda’s first new IP in quite a long time. It is evident that Starfield is a science fiction game, but some gamers may be wondering whether it falls into the hard sci-fi or soft sci-fi category. Although Starfield can be categorized as a hard sci-fi game, it does feature a few soft sci-fi elements.

RELATED: What Starfield’s Piloting Can Learn from Space Games Like Elite Dangerous

What Is Hard Sci-Fi and Soft Sci-Fi?

Science fiction is a genre that deals with alternative versions of reality. However, it differentiates itself from fantasy by rooting itself in scientific concepts and, to varying degrees, attempting to explain its world using scientific concepts. Consequently, sci-fi books, films, and games often feature ideas such as time travel, futuristic technology, immortality, and, perhaps most characteristically, space exploration. Unlike fantasy, one is unlikely to encounter magic and other supernatural phenomena within science fiction works, although this does not mean that everything within sci-fi is believable.

Because science fiction works have varying levels of commitment to verifiable science, they are sometimes divided into hard sci-fi and soft sci-fi. Typically, hard science fiction attempts to, as much as possible, employ accuracy and real-world scientific concepts. Such works contain rigorous science and mathematics, and the writers are sometimes actual scientists, mathematicians, or engineers. While hard sci-fi appeals to scientifically literate readers and consistent logic helps to make the world feel more believable, such texts do have downsides. Most notably, artists are limited to the science of their time, and as time progresses, hard sci-fi works begin to feel as dated as the science they are based on.

In contrast, soft sci-fi makes nods to science but is never imprisoned to it. Consequently, artists can focus on what is typically considered the “soft” sciences, including anthropology and psychology. Rather than worry about the practicality of how a spaceship can travel across vast distances, an artist might instead zoom in on the relationships between the crew members in the ship or how society organizes itself in the future. An example of this is The Outer Worlds which emphasizes the NPCs players come across, including characters like Parvati, and not much time is spent on scientific accuracy despite the game being set in outer space.

Soft sci-fi can make for an easier-to-digest experience, but it does have its downsides. People who are sensitive to minor details may notice oddities within soft sci-fi, such as gravity existing when it should not or sound traveling in outer space. For some, this can be immersion-breaking. It is worth noting that there is no definite line between the two categories, and an artist can borrow elements from both soft sci-fi and hard sci-fi, as Starfield does.

Bethesda has taken great care to ensure that Starfield is as accurate as possible. According to the game’s lead artist, Istvan Pely, the studio uses the term “NASA-punk” to describe a universe that is more grounded and relatable. Bethesda has taken a lot of inspiration from the real-world space organization’s technology and past missions to make the game more realistic. For research purposes, Bethesda even visited SpaceX to talk to experts about the future’s technology. Developers have focused on the most minor of details to ensure that players truly buy into Starfield’s world, and the game’s director, Todd Howard, revealed that they even planned out the MREs (meals, ready-to-eat) that will be packed into spaceships.

RELATED: What Starfield Can Learn From No Man’s Sky Planets

On the surface, it appears that Starfield will be a hard sci-fi game, and evidence suggests that it will be for the most part. However, Todd Howard has let gamers know that Starfield is not a simulator and that they can still expect a few video-game elements such as sound in a vacuum. This suggests that while it may have hard sci-fi aspirations, it will still have a few soft sci-fi elements. These soft sci-fi elements may also play out through the questions Howard claims players will be able to explore in the game, which include “what is out there? Are we alone? What are the origins of space and time and all of those things? What role does religion play in some of that as well?”

Starfield’s hard sci-fi elements will serve it well, as it will make the game feel more immersive. Little things like feeling the weightlessness of gravity, considering the limitations of communication across vast distances, and interacting with believable alien life forms will result in an overall more realistic experience. However, inevitably, soft sci-fi elements would also creep in, as the game would be tedious without them.

Ultimately, many are not looking for a simulator from Starfield, and shortcuts are needed to get players to the fun quicker. Furthermore, while exploring outer space is fun, players will also be spending their time on the ground and in populated settlements such as New Atlantis. It may be in these places where players forge relationships and explore more soft sci-fi elements. These elements are also important, as they are often what makes a game memorable. Consequently, it is a good thing that Starfield won’t be an example of traditional hard sci-fi.

Starfield appears to feature enough realism to please hard sci-fi fans, but not enough to ruin the fun. This blend should offer adequate realism while not getting in the way of gameplay. Gamers will get to experience the space adventure soon, and as they explore The Settled Systems, players can decide how their story unfolds.

Starfield is slated to release in 2023 on PC and Xbox Series X/S.

Emmy 2021: Ceremony To Be Presented by Cedric The Entertainer

Swamp Thing: One of the main reasons they canceled the DC...