Home Entertainment Stardew Valley: How to catch a lava eel 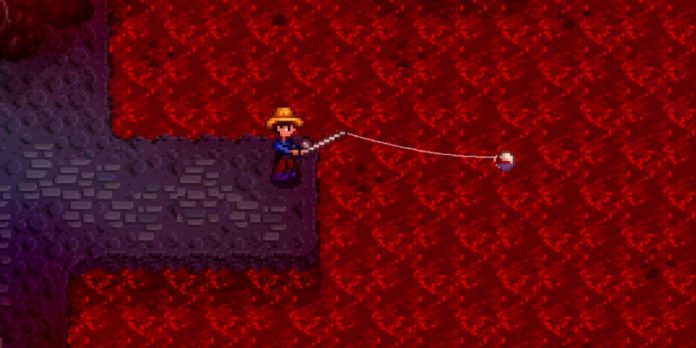 Stardew Valley, a popular indie farming RPG from single developer Concerned Ape, remains one of the most popular games in its genre. Having inherited their grandfather’s dilapidated farm, players must revitalize the land by farming, mining and fishing on their way to wealth. Fishing can be an extremely lucrative activity in the Stardue Valley, although a lot depends on what kind of fish is caught.

link: Stardue Valley: How to cook

How to Catch a Lava Eel in Stardew Valley

Unlike the vast majority of fish in Stardue Valley, the lava eel does not actually live in water. Instead, it can only be found at level 100 of the mines and caldera of the volcano on Ginger Island. This means that new players who want to catch an eel will have to go all the way through the Mine dungeon before they find a lava pool where they can catch an eel.

Location: Level 100 Mines or Volcano Caldera (Forge) Season: Any Time of Day: Any Weather: Any

This process should also give players enough time to purchase a good rod, preferably Iridium, as well as various baits and tackle. Curiosity bait is especially useful when catching lava eels, as it significantly increases the chances of catching one of them. It will be much easier for players to catch a lava eel in the caldera of a volcano, but it is unlikely that they will get to the dungeon of Ginger Island before the end of the game.

What to do with Lava Eel in Stardew Valley

As one of the most valuable fish in the Stardue Valley, lava eel will be wasted if it is used in any of the recipes that any fish can use, such as maki roll, quality fertilizer or sashimi. Instead, the eel is best sold directly or used in a fish pond. A lava eel placed in a fish pond will multiply at a rate of 1 every 5 days and regularly produce caviar, as well as with a small chance of producing gold ore, spicy eels and magmatic geodes.

None of the residents of the Stardue Valley likes or even dislikes receiving lava eels as a gift, and most actively dislike or hate them. So the only other uses for lava eels are either tailoring or the Master Fisher’s Bundle set, which can be performed in the community center aquarium for players who choose to play with the remix sets.