Home Entertainment Stardew Valley fans should keep an eye out for the release of... 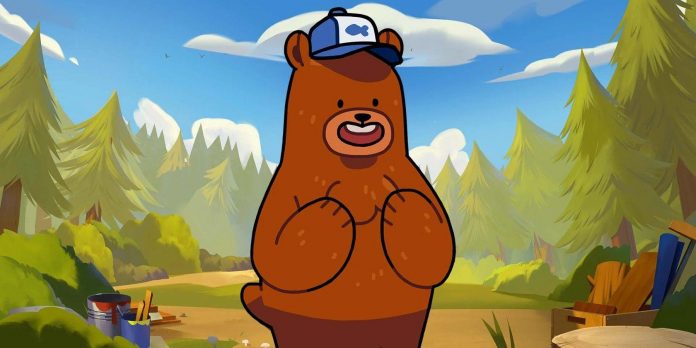 Since its release in 2016, Stardew Valley has only continued to rapidly gain popularity. At a time when Animal Crossing was on a short break and the Harvest Moon franchise fell out of favor, Stardew Valley was the perfect replacement. Taking farming elements from Harvest Moon, adding more complexity and introducing some intricate and extensive character interactions, all packed into a surprisingly vibrant pixel art style, Stardew Valley has quickly become one of the most beloved life simulators of all time. Naturally, over the years he has spawned several clones. However, there is one upcoming game similar to Stardew Valley that looks like it will add its share of charm to this mix, and it’s called Bear and Breakfast.

First announced in 2020 during Nintendo Direct, “Bear and Breakfast” takes the essence of Stardew Valley and makes its unique contribution to the formula, exchanging agriculture for the maintenance of a bed and breakfast, but with a twist: the player character is a charming cartoon bear, and tourists are cute painted animal characters. For Stardew Valley fans and anyone looking for another dose of casual relaxation, Bear and Breakfast looks like a must-have game ahead of the July 28 release date.

Bear and Breakfast has a serious Stardew Valley vibe

During the Bear and Breakfast game, players will be tasked with building their own B+B by customizing each room, floor and wall with a variety of furniture. To unlock new furniture and attract new guests, players need to go to the city and talk to its residents, each of whom is brighter and more talkative than the previous one. Some of these people will give the player a task, which, in turn, will unlock a special bonus or a new piece of furniture for a bed and breakfast. As players move forward, this cycle continues: the more beautiful the rooms, the more customers, and the more customers, the more money for new room decorations.

Although the artistic style of Bear and Breakfast is very different from that of Stardew Valley, it looks like it will evoke the same soothing vibes. In contrast to the pixel art style, “Bear and Breakfast” looks more cartoonish, and the character models are very similar to those found in animated shows such as We Bare Bears. The color palette of Bear and Breakfast looks diverse and bright, with autumn oranges, winter blue and forest greens, which are used to create a soothing atmosphere. As the player builds his bed and breakfast, he will also be given the opportunity to explore more of the surrounding forest, which seems to have its own unique art style dominated by a variety of dark purple and pink colors.

Stardew Valley fans should definitely play Bear and Breakfast. With a soothing art style, a vibrant cast of characters, charming dialogues, relaxing gameplay and a constant sense of progress, “Bear and Breakfast” may turn out to be one of the most popular indies of the year, and it’s definitely worth it. watch on the day of release on July 28.

Bear and Breakfast is released on July 28, 2022 for Nintendo Switch and PC.

Minecraft is updated to version 1.17.10; all changes