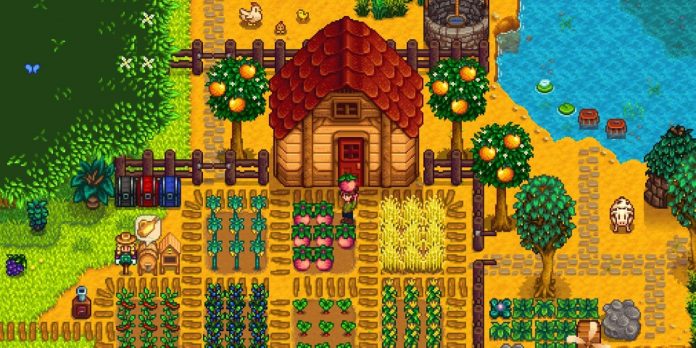 However, it looks like the developer of ConcernedApe is not finished yet. During a conversation with a fan, he said that the 1.6 update is in development.

According to Baron, also known as ConcernedApe, the 1.6 update is coming, but Stardew Valley fans shouldn’t expect a lot of content from it. Although he didn’t provide many details, the developer explained that the 1.6 update will mainly make it easier for fans to create mods for the game. It will contain new content, but not at the scale of the 1.5 update.

Since ConcernedApe’s next game, Haunted Chocolatier, is in development, some fans probably thought the updates for Stardew Valley would be finished, possibly barring any bug fixes. However, Barone does not give up on the idea of further updates to the game, simply stating when asked about the 1.7 update, “Who knows?” He also noted that although there will be some connection between the upcoming game and Stardew Valley, Barone has not yet decided how far to go, as he wants to. so that the Haunted Chocolatier retains its own identity.

Fans may be a little surprised by this discovery, as Barone previously stated after the 1.5 update that he was not sure if the game would receive any further additions. While he didn’t completely rule out the idea, he noted that back in January he had no plans for future content for Stardew Valley. However, it seems that enough time has passed for him to have new ideas.

Unfortunately, some fans can’t access the 1.5 Stardew Valley update and all the content it brought to the game. Mobile players have not yet received the 1.5 update, although Barone has repeatedly confirmed that it is still in development and will eventually be released. 1.5 was launched for PC players at the end of 2020, and an update appeared for consoles the following year. While most players will probably be happy to hear about the update, regardless of its size, mobile fans are still wondering when they will be able to access content that other players have already thoroughly studied.

Stardew Valley still has a vibrant and active fan community, which is supported not only by official updates, but also by an extensive modding scene. Since Barone plans to simplify the process of developing mods for fans, it is unknown where the game will go next, even if 1.6 becomes the final update.