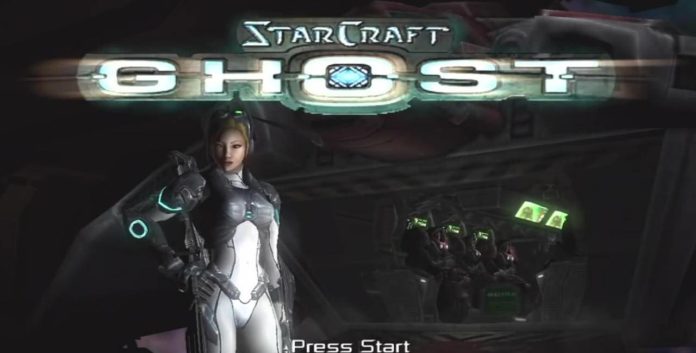 StarCraft: Ghost, a game developed by Blizzard Entertainment but not able to publish, has been dropped on the Internet. Images and videos published about the game clearly reveal what the game is expected to come out many years ago.

Blizzard Entertainment, one of the important names in the video game industry, has published dozens of games to date. Many games released by the company have also received full marks from gamers, and the company still manages to make a name for itself with the games it releases.

StarCraft: Ghost was a game worked on years ago. Blizzard Entertainment has announced that this game will be released for Xbox, PlayStation 2 and Nintendo GameCube. However, the prolonged development of the game prevented this game from seeing sunlight. StarCraft: Ghost has been forgotten on the dusty pages of history.

The game Blizzard Entertainment never released was of a third-person shooter genre and expected to be one of the leading games of its era. However, no gamer had the opportunity to experience what this game has to offer. Now some new details about this forgotten game have surfaced. The new details that appear reveal the general structure of StarCraft: Ghost.

As you can see in the images above, StarCraft: Ghost does not provide today’s quality in terms of graphics. However, if we consider that the game is working on and in which years the PlayStation 2 was popular, we can say that this is not an important problem. Because the game seems to have a structure that would connect millions of gamers if it had been released at that time.

The details about the game Blizzard Entertainment has not released to date are not limited to these. Soon, we will share some videos that have been uploaded on different YouTube channels. These videos clearly demonstrate the playability of StarCraft: Ghost, which has not been released until now, but has leaked.

For example, in this video, we can see a modeled Xbox 360 while running StarCraft: Ghost. The images in this video reveal how it would play if the game was released.

In another video, we encounter a section directly from the game. Nova, the main character of the game, can be seen trying to beat his opponents in this 7-minute video.

Pfizer and BioNTech create powder version of the vaccine