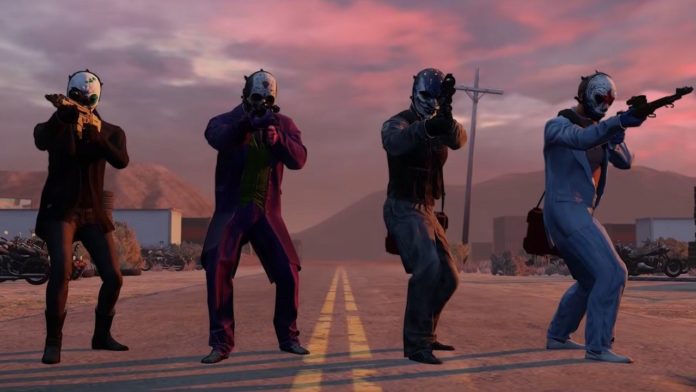 Starbreeze, who was the producer of the Payday series, which was ravaging during its release, made some statements regarding the future of the series. The company announced that they are looking for publisher partners for Payday 3, the new game in the series.

2019 was not a good year for the Starbreeze company, which made a sound with the Payday series. The company sold many of its studios when it came to the nose with the collapse and laid off 25% of its employees. The company set itself a single goal to return to its old days; it’s Payday.

Starbreeze spent the whole 2019 reorganizing the company. In this process, of course, could not publish a new game. The company suffered millions of dollars of losses in 2019, but the promising goal they set to save themselves from this loss was to develop the Payday series.

The only hope for Starbreeze is the Payday series:
In October, Starbreeze announced that Payday 2 will participate in the re-active development process. The company did not stay with this either, and said it will release Payday 3 in the coming years. Of course, the players were even more excited to see the new game of a unique series like Payday.

Starbreeze CEO Mikael Nermark said the new DLC published for Payday 2 attracted more than expected. CEO also stated that after Payday 2 went into active development, the number of active players reached 10,000 and this number exceeded 28,000 with the new DLC.

Starbreeze, which has received more attention than they expected, will begin to focus more on the Payday series, which is a light of hope for them. CEO Nermark said they would make more updates for Payday 2 in 2020.

Starbreeze said he was looking for a publisher partner for Payday 3. The company wants this partner to be a partner that can ‘provide financial stability, launch the product as best as possible, and have the necessary marketing and distribution resources to make the game even better.’

Looking for the strongest partner for Payday 3, Starbreeze plans to offer investors a publishing deal before the first half of 2020 ends. If this investment agreement is successful, we can see Payday 3 in the coming years.