Home Entertainment Star Wars:The Bad Remittance Rancor The Same As The One In Return... 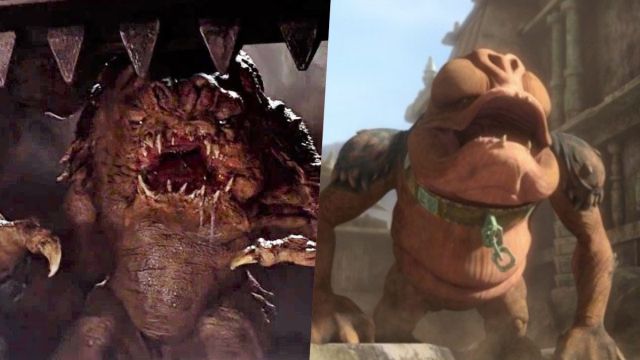 Star Wars: The Bad Remittance, This violent creature appears in the most recent episode of the Lucasfilm series, but the details disprove the fan theory.Star Wars: The Bad Remittance leads the squad members on another dangerous mission. Fled from the Galactic Empire, the clones seek answers about the bounty hunter Fennec Shand, a character we met in The Mandalorian and who has appeared in the new animated series. Obtaining information is not free, so the group agrees to rescue Muchi, who is nothing more and nothing less than a teenage rancor. However, this is not the same specimen we saw in Return of the Jedi.

Some followers were convinced that both beasts were the same. This is so because Bib Fortuna, Jabba’s lieutenant, is the one who leads the Muchi to the palace of the crime leader. However, as they point out in ComicBook, the theory does not fit for two main reasons: the first of them is that Muchi is a female, unlike the rancor that is about to devour Luke. Furthermore, the name is also different. The latter is called Pateesa.

Rancor are brutal creatures who respect only the strongest. In Muchi’s case, the beast is not an adult specimen, but is still in transit in its younger years. He is also not a baby as was surmised when he came out in the trailer, but a rather fierce teenager. In fact, once she leaves her cage, she quickly attacks his captors.

Star Wars: The Bad Remittance is a spin-off of The Clone Wars. The series is focused on some very special clones, since they have been genetically modified and have abilities that are far from those of their regular brothers. Therefore, they manage to bypass the programming of their control chip, which forces the clones to fulfill the so-called Order 66.

Hawkeye: Find Out Who Appears At The End Of Episode 2 Of The Series