Home Entertainment Star Wars: Who would you be the Sith of the Old Republic,... 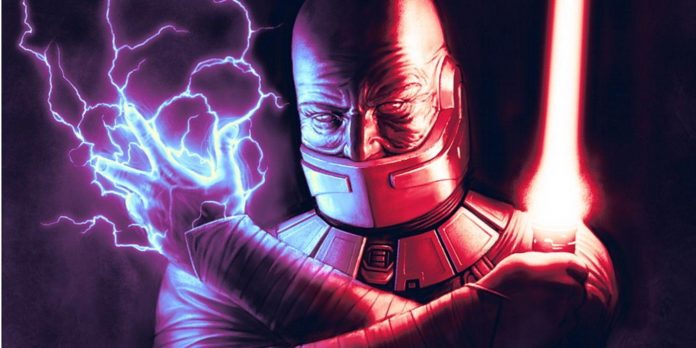 With the Disney+ series Obi-Wan Kenobi granting many Star Wars fans’ wishes, giving glimpses of the power and potential of fan-favorite Darth Vader, the Sith seem poised to gorge themselves in the power of the dark side of the Force for the foreseeable future.

While all Sith share commonalities, such as the strict adherence to the ‘Sith Code,’ they often differ significantly as individuals. As unique as the astrological Zodiac signs, each Sith of the Old Republic displays specific traits correlating with our constellations, providing evidence that the Force works through the universe, allowing celestial fans to correspond these Sith with their mirror in the zodiac.

The first sign of the zodiac, Aries, is known for independence and an eagerness to push the envelope continually. Ambitious and unafraid, Sith Lord Tulak Hord would turn against the Jedi Order, starting a period known as the Hundred-Year Darkness. Earning such titles as Lord of Hate and Master of the Gathering Darkness, Hord was a terror to behold.

This eagerness, unbridled, becomes impatience and aggressiveness, two energies shared in abundance between Hord and the ram. Hord would slay all who stood before him, ruling with an iron fist. Locking horns often, even great Aries like Hord eventually meet their end, falling, as many Sith do, to the blade of his apprentice.

Undaunted in pursuit of a goal fundamental in Taurus, Vitiate will isolate himself for centuries haven forsook his humanity for extended life while patiently working towards his true purpose of eradicating all life in the galaxy.

Walking both sides of the Force as a Jedi Master and Dark Lord of the Sith, Darth Revan would display a passion and versatility rarely found outside of Gemini, swiftly uniting thousands of Sith and soldiers, crippling the Republic. Tactically utilizing Castor and Pollux Troy smarts, Revan leads as a dynamic presence on the battlefield.

RELATED: Star Wars’ 5 Sith Who Are Legends (And 5 Who Deserve More Attention)

Many astute fans may recognize Revan’s indecisive floundering between the dark and light sides as a distinct Gemini drawback. While accomplishing much, Revan’s fluidity across the Force often left much inconsistency from Darth Revan to Jedi Revan and vice versa. This inconsistency, coupled with his other tendencies, shows Revan embodying Gemini.

The leggiest of the zodiac, Cancer suffuses its avatars with a hardy resilience and imagination, allowing Darth Naga Sadow to ascend to rule the Sith and dispose of any who challenged him. Drawing on Cancer’s natural dispensation towards communal bonds, Sadow will persuade many in the Dark Council, garnering their support versus his rival, the conservative Sith, Ludo Kressh.

Conversely, Sadow would prove susceptible to the Yin traits in Cancer when his attack on Coruscant is repelled, and his apprentice betrays him. Unfortunately, this betrayal makes Sadow more suspicious and withdrawn as his mounting crustacean-fueled demons erode his spirit over time while in exile on Yavin 4.

Born leaders, bold, proud, and self-assured, the zodiac Leo mimics its animal kingdom moniker. Sith Dark Lord Exar Kun would lead the Brotherhood of the Sith against the Republic and their Jedi guardians in the Great Sith War. Using his fiery oratory skills to add to his ranks, Kun would sway many Jedi during his campaign.

Over time, Kun proved susceptible to delusions of self-grandeur after being anointed by the force ghost of one of the best Sith Lords from the Old Republic, Marka Ragnos. Governed by Leo, Kun’s unwillingness to respect those who could facilitate him, like his apprentice Ulic Qel-Droma, left Kun unable to hear the whispers of his impending defeat over the sound of his mighty roar.

Before her exile by the Jedi Council, a noted Jedi master and historian and Master to Revan, Darth Traya, founds the Sith Triumvirate. Employing Virgo’s highly analytical cosmic energies, Traya discovers multitudes of inconsistencies within the dogmatic traditions of the Jedi and Sith and sets about to free to galaxy from the Force’s influence.

Eventually, falling prey to one of Virgo’s strengths, loyalty, Traya is betrayed by Darth Nihilus and Darth Sion and cast down. Ultimately, her critical analysis of the Force and its mysteries proved her undoing, learning a lesson every Virgo must, that chasing perfection only leads to disappointment and a never-ending hole in your soul.

Social and fair-minded, Libra, zodiac bearer of the scales, finds an undeniable synergy within the Sith Darth Malgus. Distinguishing himself in the Great Galactic War as a formidable warrior and general, Malgus earns the respect of his army and enemies with his anti-Sith diplomacy toward aliens and conquered peoples, even taking a Twi’lek servant as his lover.

Always considering all sides, paths, and viewpoints inevitably led Malgus to a juxtaposition in his journey, as many rivals viewed him as weak and indecisive. However, initially guided by Libra energies, having been as relatable as a Darth can be, Malgus will ultimately succumb to the unbalanced scales and the upheaval within the Sith Empire.

A patient trailblazer, unafraid of potential setbacks, the Dark Lord Marka Ragnos ruled for a century during the Golden Age of the Sith. Like those born under the eighth sign of the zodiac, Ragnos is fueled by innate resourcefulness, demanding that he see his commitments to fruition, and attribute that serves him well during his 100-year reign.

Finally, as he did with his rivals during his reign, the distrusting Ragnos manipulates any who would oppose his visions for the Sith. Even in death, Ragnos possessed an intrinsic feeling regarding his ability to discern what was best for the Sith. On multiple occasions, he reappears as a force ghost, guiding the Sith from beyond the grave, unequivocally proving his scorpion predilections.

The archer is strong-willed, preferring solo adventures traveling across the unknown, characteristics found in the Lord of Hunger, Darth Nihilus. Engaging a Jedi enclave on Katarr, Nihilus inflicts his will on the planet, feeding off the force energies and obliterating anything connected to the Force, Visas Marr, a light-side-leaning Sith who would have made an excellent Jedi.

As is often the case, such traits as an iron will and a preference towards isolation may cast Sagittarius as rigid with little use for diplomacy. Nihilus, never known as a diplomat, would also fall prey to the Sith ideologies, always leaving him dissatisfied and craving more, a common issue for the zodiac bowman.

Darth Malak represents the Capra Sith of the Old Republic, acquiring a desire and going after it in the most immutable ways, seeing his rise to Dark Lord of the Sith as inevitable. Thus, feeding on guidance from the Dark Side, practical and disciplined, Malak realizes Darth Revan is his better, biding his time.

RELATED: Star Wars’ The 10 Best Sith Lords, According To Ranker

Unfortunately, while fueled by the dark side, Malak held himself and others to unrealistic standards, leading him to overreach in engaging his former Master. Afterward, the goat-driven Malek will wrongfully believe himself without a peer, leading to his condescending treatment of those under him and eventual defeat.

Arguably one of the most influential Sith ever, Darth Bane gains recognition with the Brotherhood of Darkness during the Jedi-Sith War. The water bearer often gifts deep and imaginative souls, allowing the visionary Bane to perceive the weakness plaguing the Sith and institute the Grand Plan, allowing the Sith to recoup their strength and consolidate power.

Often fixated on the end game, Aquarius must constantly resist their outsider predilections lest they begin losing their humanity. For example, during his rumination on the future of the Sith, Bane had no interest in physical attachments that might detract his focus and energy from assuring the eventual return to power of the Sith.

Guided by Pisces’ piscatory energies, Zannah’s fixation with escaping her life of obscurity will bear fruit when Darth Bane finds her and takes her as his apprentice. Eventually, she will orchestrate a wise yet macabre sequence of events that will assure the Sith’s survival and the Grand Plan’s preservation while assuring the past never snakes back against her, an issue familiar to Pisces.