Home Entertainment Star Wars Visions: When It Opens On Disney +, Trailer And How... 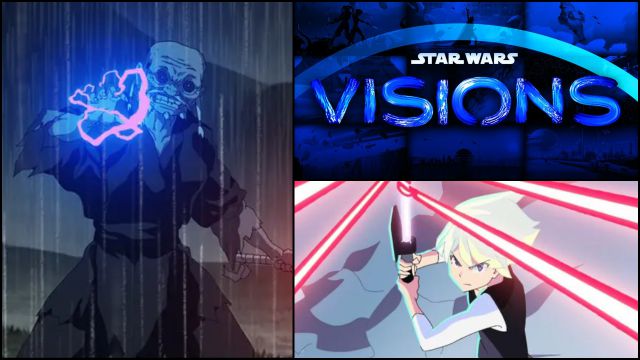 Star Wars Visions: The new exclusive Disney + series will offer new narrative perspectives that we have never seen in the series; all with a Japanese anime twist. The world of Star Wars is dyed anime with Star Wars: Visions. What for many could be an unrealizable dream will come true this September with a display of media, Japanese authors and stories that result in an authentic Star Wars anime with a fresh, referential and self-concluding touch. We tell you when it opens on Disney +, how many chapters it has and its most recent trailer.

As Kathleen Kennedy, President and Producer at Lucasfilm explained, Star Wars: Visions is “a series of animated short films that celebrate the Star Wars galaxy through the lens of the world’s best anime creators.” An anthological collection of “ten fantastic visions” featuring some of the leading Japanese animation studios; although finally there are 9 episodes. Freshness, differentiation from the original product and, in short, a must for Star Wars lovers. Its premiere will take place this Wednesday, September 22 with the 9 episodes available from day one.

It should be said that Star Wars: Visions is not part of the canon, something positive in the present context because the Japanese studios in charge of each episode have had the freedom to tell their story, create unknown characters and reach new frontiers in the universe that concerns us. . Previously unpublished themes are expected to be explored.

All the episodes of Star Wars: Visions and their animation studio

The series is scheduled for this September 22 worldwide; It can be seen in Spanish from Disney +, the official Disney app that we can find on Smart TV, iOS and Android mobile devices or Xbox and PlayStation consoles.

As Dark as the Empire Strikes Back: This is how Marvel’s...

Disney has officially announced the release dates of its new movies