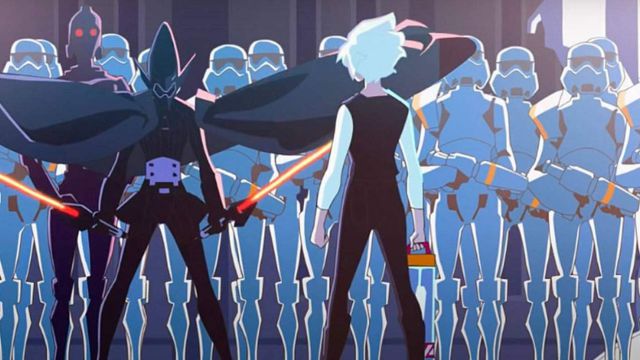 Star Wars: This is a set of Japanese short films to air on Disney + soon – all the details.
Among all the Star Wars products announced for Disney Plus, Star Wars: Visions is the only one that will offer different perspectives from different Japanese studios. Lucasfilm has updated the information and confirmed that the anime shorts will premiere on September 22 on the platform. In total, nine animated shorts with which they intend to explore the universe of George Lucas from different points of view.

Unlike other products, Star Wars: Visions is not canon, so Japanese creatives will have the freedom to set their story at any time on the timeline they want. They will also be able to use known and unknown characters, new protagonists beyond the borders that are usually established in these cases.

It may interest you: what an actor says about The Mandalorian Season 3

Lucasfilm has explained that none of the shorts will share aesthetics or tell the same story. “What’s really exciting is how unique and special each one of them is,” said Josh Rimes of the company. “Each studio has its different styles and tones.” Although it was not a requirement, all the Japanese creators who have participated are big fans of the galactic saga.

According to Lucasfilm, Star Wars fans who are not knowledgeable about what an anime is need not worry. They think there are enough incentives for everyone to enjoy these stories: “These things come together like peanut butter and cholocate,” they comment. “So hopefully they will love this combination as much as the rest of this panel.”

Stranger Things: This is the relationship of Millie Bobby Brown and...

Sylveon Confirms Date In Pokémon Unite: All The Details