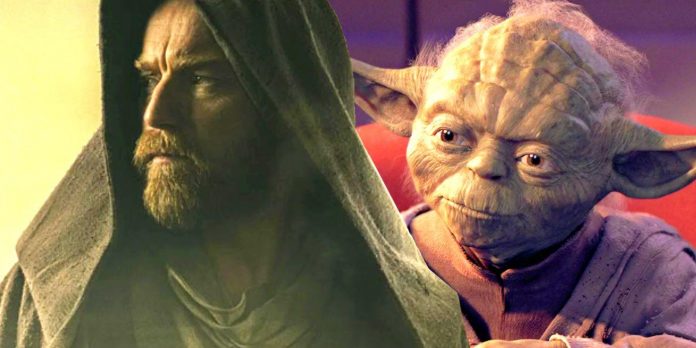 Star Wars made Obi-Wan Kenobi Yoda’s greatest success. In a way, Star Wars has not been kind to Master Yoda. Luke Skywalker may have revered the elderly Jedi master, but the prequel trilogy showed how wrong Yoda’s leadership was. During Yoda’s tenure on the Jedi Council, the Jedi lost their way; their philosophy of the Force itself diminished as Yoda’s understanding became dominant, and they became so devoted to non-attachment that they forgot to love.

The shortcomings of the Jedi are perfectly manifested in their difficult relationship with Qui-Gon Jinn. Yoda believed that the future was always in motion, and therefore disapproved of studying ancient Jedi prophecies, because he felt that they would force the Jedi to try to impose the future with their own will. On the contrary, Qui-Gon was fascinated by these ancient texts, and this suggests that the Chosen One was discovered by one of the few Jedi knowledgeable enough to recognize him. Qui-Gon felt that the Council was too close to the Senate, especially the Chancellor’s office, and believed that their disdain for politics made them vulnerable to manipulation. He was certainly right, as the Sith used the political arena against the Jedi to undermine and eventually destroy them.

Related: Every Star Wars Movie is Ranked from Worst to Best

However, Kirsten White’s novel Padawan finally sheds light on what Yoda did right. This story focuses on the times when Obi-Wan Kenobi was a padawan, and in one startling scene he finds out that Qui-Gon didn’t want to mess with him at all. Yoda had pushed him to do this, and Obi-Wan’s fellow padawans believed that it was basically an attempt to prevent Qui-Gon from following Dooku and leaving the Jedi. If that was really the reason for Yoda’s choice, then he had succeeded; But more than that, Obi-Wan’s rise as a Jedi, largely shaped by his apprenticeship with Qui-Gon, is a testament to Yoda’s wisdom.

It’s easy to focus on Yoda’s many mistakes, but only Sith deal with absolutes, and he’s not that bad. Yoda may have felt that Obi-Wan was too bound by the rules, too traditional, and needed the bizarre and eccentric training provided by Qui-Gon Jinn to allow him to grow into the great Jedi he became. Obi-Wan was accepted into the Jedi Council itself during the Clone Wars, and according to Matt Stover’s novelization Star Wars: Episode III — Revenge of the Sith, he earned a reputation as the perfect Jedi — focused and wise, thoughtful and attentive, with a preference for negotiation, but with the fighting skills to win when negotiations failed failure. Besides, he was, of course, too modest to care about his reputation at all.

Obi-Wan became a true champion of the light side; he was a Sith Kryptonite, even defeating Darth Vader in a duel during the Dark Times of the Empire’s rule. It is significant that Obi-Wan’s disciple became the greatest hope of the galaxy, those who believed in the redemptive power of love, proving that he is wiser even than his teachers. If Star Wars really positions Obi-Wan as Yoda’s greatest legacy, then it is thanks to Luke Skywalker that both heroic but corrupted Jedi are redeemed along with Darth Vader himself.