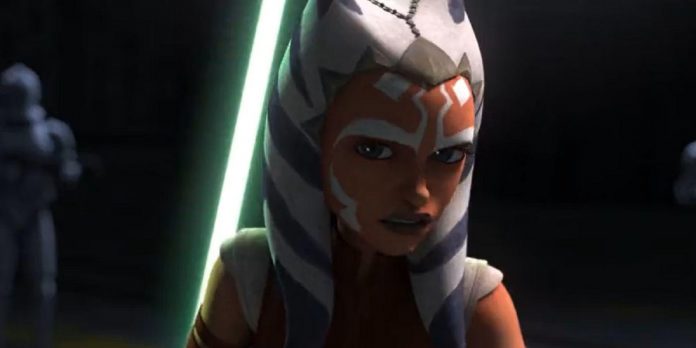 A new trailer for the upcoming animated series “Star Wars” Tales of the Jedi has appeared. The series will tell about the origin of the two main characters of the prequel trilogy, Ahsoka and Count Dooku.

Tales of the Jedi were written and created by Dave Filoni and Charles Murray, part of the creative team of the long-running animated series “Star Wars: Clone Wars”. Filoni developed this concept while working on the very successful Disney series “Mandalorian”, and it was officially presented in May of this year.

The annual Disney D23 Expo is taking place this weekend, and it’s no surprise that it’s full of big discoveries. One such revelation is the first trailer for Tales of the Jedi and many new details about the show. Now we know that the series will be divided into two parts, each of which will tell about different characters. The first half of the series will show how Ahsoka Tano becomes a Jedi and trains with Anakin Skywalker. The second half of the series will tell about Count Dooku’s slow transition to the Dark Side, as well as how he trains his padawan, the young Qui-Gon Jinn.

Ahsoka Tano is a somewhat less well—known character in the Star Wars universe, who first became popular in the Clone Wars series, and most recently in the second season of Mandalorian. She is currently planning to get her own streaming series “Star Wars” on Disney+ called “Ahsoka”. In addition to Ahsoka and Dooku, many of the most beloved characters of the prequel trilogy will appear in Tales of the Jedi, including Mace Windu, Qui-Gon Jinn, Yoda and Anakin Skywalker, as well as the father of Princess Leia Bail Organa. a female Jedi of Yoda’s species named Yaddle and an alien of the Cantina Ponda Baba from “New Hope”.

The series will be divided into 6 episodes, each of which is dedicated to different periods of the character’s life and will last about 15 minutes. Most of the main roles will be played by their original actors, including Liam Neeson as Qui-Gon, Ashley Eckstein as Ahsoka and Matt Lanter (from the Clone Wars) as the voice of Anakin. Liam Neeson’s son, Michael Richardson, will voice the young Qui-Gon.

The series is positioned as an anthology series, although so far it tells only two different stories. It makes one wonder if the show will return for another season to tell the stories of even more Jedi. We don’t know at the moment, but it seems likely. Dave Filoni is also the creator of Star Wars: The Bad Batch, another animated spin-off, the second season of which is released on September 28.

Tales of the Jedi will premiere on Disney+ on October 26.

“Star Wars: What if Luke Skywalker had fought Kylo Ren in...