Home Entertainment Star Wars: Tired Of So Many Products? Lucasfilm Reflects On It 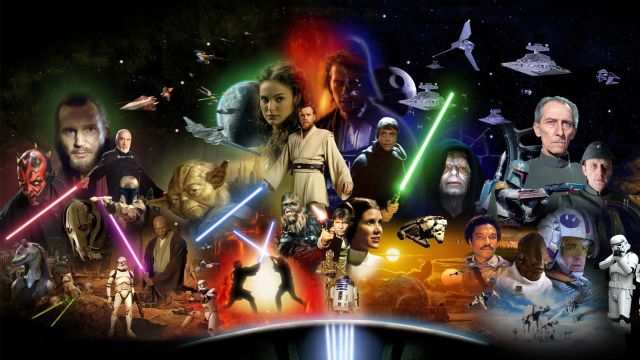 Star Wars: The company founded by George Lucas has set up its machinery to have numerous series, films, books, etc. ready to go. The galactic saga has opened a new stage after the success of The Mandalorian, the first live action series based on Star Wars. Lucasfilm interrupted its plans regarding the spin-offs in cinema after the failure of Han Solo, but now that Disney + has been launched, the future passes through new series and movies, as well as comics, novels and a long etcetera. Although it may seem overwhelming to some, company vice president James Waugh is not overly concerned.

Star Wars: Visions, a “fresh” approach to the saga

Speaking to The Direct, the manager has expressed his thoughts on this whole matter. “Are we concerned about oversaturation? I think we always think about it a lot and are very cautious about how we can keep the special Star Wars touch, “he said. “When it comes to products like Visions, I’d say we’ve never worried about potential oversaturation. The reason is that we are offering something that diversifies, so we did not think that this would affect Star Wars. We thought this would be a breath of fresh air for people to explore “this universe” in a new and exciting way.

“From a broader creative and strategic perspective, Disney + has changed the way we see what is possible with Star Wars. You do receive series like The Mandalorian or Boba Fett because the platform allows it ”.

Star Wars: Visions is an anthological series of Japanese shorts, which can be found right now on Disney +. The nine episodes have been created by different anime studios, with different visual styles and distinct plots. All these shorts have enjoyed creative freedom, since they are not included in the official canon.

The future of Disney + and some of its sagas will be revealed in a new event, which will take place in November. You can check all the news in this news.