Home Entertainment Star Wars: These Are All Confirmed Video Games 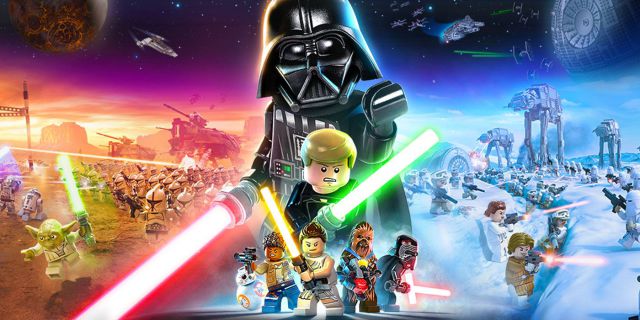 Star Wars: We review all the games announced by Lucasfilm Games, including Star Wars: Jedi 2 and Lego Star Wars: The Skywalker Saga. Star Wars fans have had a heart-stopping day. Electronic Arts has announced that Respawn Entertainment is preparing three new video games, among which we can find the sequel to Star Wars Jedi: Fallen Order and a first-person shooter that still has no title (and that is not Battlefront III). In addition to these products, the future points to the High Republic and other eras of the science fiction saga. Below we detail all the announced video games of the Star Wars saga:

The Lego format version of the next Star Wars title has been delayed several times since its announcement at E3 2019. The title has experienced development problems due to the new graphics engine and the crunch situation (labor exploitation), since it was initially scheduled to coincide with the release of the film The Rise of Skywalker. As its name implies, it covers all the feature films of the classic trilogy, prequels and sequels. It will be available on April 5 on PS4, PS5, Xbox One, Xbox Series S, Xbox Series X, PC and Nintendo Switch. It is a completely new product although it collects some of the films of The Complete Saga.

That Quantic Dream was working on a StarWars product was leaked before it was officially announced at The Game Awards 2021. The creators of Heavy Rain and Detroit: Become Human travel the galaxy in a time of splendor for the Jedi Order , the High Republic. It will be an adventure with action and narrative, in which we will put ourselves in the shoes of several different characters. The French studio, which has opened a new developer in Canada, has also been accused of crunch and toxic behavior within the company, which is why the matter has reached the French courts. Meanwhile, no further details about the title have been shared.

Star Wars: Jedi 2 and more games from EA and Respawn

Everyone assumed that Star Wars Jedi: Fallen Order would not be the first or only game in the saga at the hands of Respawn Entertainment. What had totally escaped the leaks is that the studio is not preparing a single video game, but three. In collaboration with Bit Reactor, the creators of Apex Legends and Titanfall 2 are shaping a strategy title. As if that were not enough, the study is immersed in the development of a shooter, of which they have not yet shared details. We don’t know if EA will continue betting on Star Wars in the future (close sources consulted by Venture Beat say otherwise), but at least we will have a final fireworks.

Respawn Has Posted A Job For A New Project