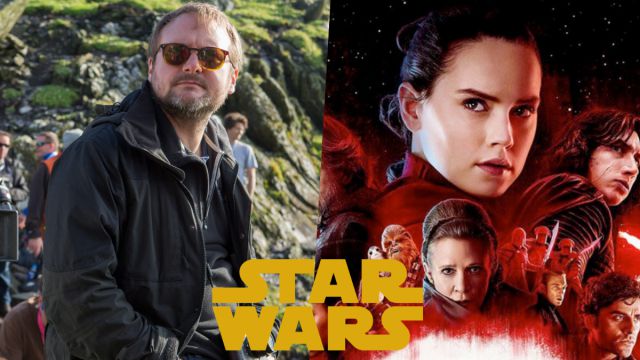 The project, however, has no set dates, as the director continues to be immersed in other jobs. Lucasfilm and Disney have outlined a future full of products based on the galactic saga.

After Inverstor Day, the company introduced new Star Wars series and movies, but nothing was said about the trilogy by Rian Johnson, the director of Star Wars Episode VIII: The Last Jedi. The project, announced long ago, has not shown signs of life since then, which some have interpreted as a possible cancellation. However, Sariah Wilson, who has interviewed the filmmaker, has confirmed that the trilogy is moving forward, although there are no dates on the horizon.

“I’m going to post this now because I see that I’m going to get a lot of requests: yes, Rian’s Star Wars trilogy is still on. There are no dates or deadlines, as he is working on other projects, but it will happen. This is all I know about this, ”she adds.

As announced by Lucasfilm, Rian Johnson will be in charge of planning a new independent Star Wars trilogy, whose first film will be directed by himself. Despite the cancellations of other projects (such as the films of the creators of Game of Thrones), both parties have repeatedly denied this possibility.

Two more movies and several series on the way

Taika Waititi is one of the directors who will develop a new Star Wars movie. The director of Thor: Ragnarok, who also directed several episodes of The Mandalorian, will write and be behind the scenes of this new project, of which little details are known. On the other hand, the director of Wonder Woman and its sequel, Patty Jenkins, will premiere Star Wars: Rogue Squadron, starring the well-known Rogue Squad.

Disney +, the streaming platform of the entertainment giant, will be home to numerous audiovisual products, The Bad Batch, Kenobi, Andor, Lando or the spin-offs of The Mandalorian, Rangers of the New Republik, The Book of Boba Fett and Ahsoka. Another of the news that has peppered the news of Star Wars is the dismissal of Gina Carano, the actress who plays Cara Dune in the first action series of the saga. She was expected to star in one of the future series, but ultimately it will not be like that.