Home Entertainment Star Wars: The Old Republic Relaunches One Of Its Best Cinematics In... 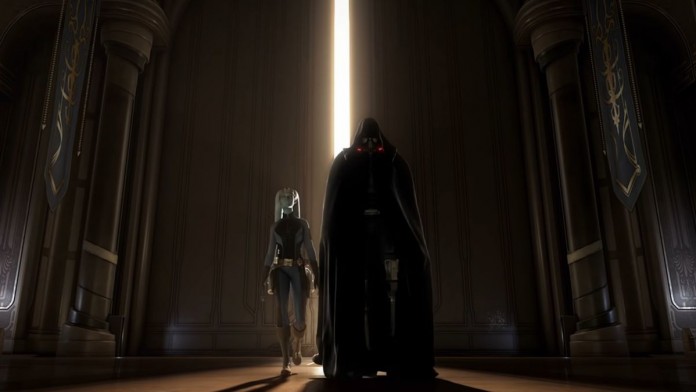 Star Wars: The Old Republic: BioWare’s veteran MMORPG celebrates its 10th anniversary with the promise of more content in the future. It was in December 2011 when BioWare released Star Wars: The Old Republic, a video game set in the same era as its award-winning Star Wars: Knights of the Old Republic, although this time it is not a single-player game. , but an exclusive MMORPG for PC. Since then, the product has been expanding with new expansions and stories, something that will continue in the future. To celebrate the 10th anniversary, the Canadian developer has shared one of its classic trailers, this time remastered in 4K.

The video came out two years before Star Wars: The Old Republic was made available to players. It is a cinematic trailer in which we can enjoy epic moments starring Jedi and Sith knights. Both ends of the Force collide their lightsabers, red against blue and green, in a battle that lasts for thousands of years. You can see it just below these lines.

The story of this production is set thousands of years before the original films, in an early time when the Sith were still a multitude. At the moment, all these plot plots have been left out of canon, although strong rumors sound that Lucasfilm is working on a film project focused on this era. In addition, Aspyr is immersed in the development of the remake of Star Wars: Knights of the Old Republic, planned for PC and PS5.

At this time, the company founded by George Lucas has focused its attention on a later era, in the High Republic, which has already received numerous novels and comics. The Acolyte, a new Disney Plus series, will be set at the end of these years of splendor for the Galactic Republic.

Star Wars: The Old Republic is available as a free-to-play game exclusively for PC, although the subscription gives access to all the content without limitations. Legacy of the Sith is the new confirmed expansion, on sale in 2021.

The Boys Trailer Is Reported Over 20 Million Times