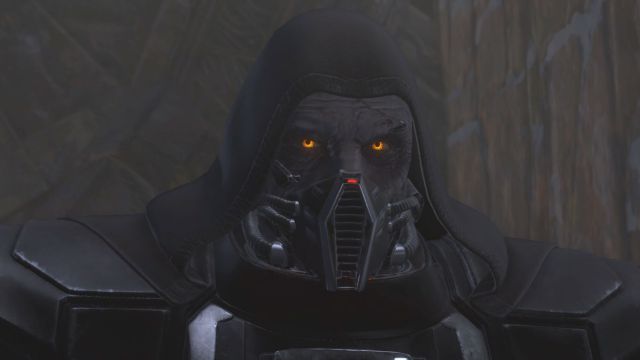 Star Wars The Old Republic: The new expansion of the BioWare MMO will continue to trace its history through new content set in this remote era. Thousands of years before the Skywalkers, hundreds of years before the rise of the Jedi in the High Republic, stood a mighty empire ruled by the Sith. BioWare’s veteran MMORPG Star Wars: The Old Republic is set in that ancient time. It is a free-to-play video game, although it works under an optional subscription model. The also creators of Knights of the Old Republic celebrate the tenth anniversary of the video game with a new expansion full of epic adventures, Legacy of the Sith. MeriStation has attended a presentation in which the first details and its launch date have been revealed. When? Next December 14 exclusively for PC.

To bring us all these developments, BioWare has brought together several of the study’s key people: Charles Boyd, creative director, Keith Kanneg, project director, and Jackie Izawa, community manager, have responded to journalists’ questions and have plotted what It will be the near future of the video game.

Among the locations we will visit in the expansion is a planet that first appeared in KOTOR. Manaan is an aquatic world that was once inhabited by the Selkath, a species of amphibians. The Sith Empire had a special interest in him because of a strange material that could only be found there, the kolto. It is a unique medicinal substance that is naturally longed for by everyone. Manaan, however, is a dangerous world, where storms break out and chaos reigns, so whoever delves into its mysteries will have to be very careful.

The so-called Flashpoints are scripted areas designed for four players, in which they must break through and kill waves of enemies. Legacy of the Sith will add one of these missions to Elom, a desert planet and practically unexplored where it will be necessary to go deep to pursue Darth Malgus, who has been seen investigating some ruins belonging to another evil Sith Lord. The Republic has deployed its archaeologists and the Empire its soldiers to prevent them from discovering anything.

The R-4 Anomaly is a new Operation. According to the creative director of the project, they want to convey a tense atmosphere, which without touching terror, does frighten that horrid spirit. Like other missions of this type, they are raids for about 8 players, with various difficulties and demanding final bosses. In this particular Operation, the main setting is a Sith research facility built on an asteroid.

The congomerate R-4 has been taken over by Imperial forces made up of very particular Sith Lords, since they are a kind of sect that even their companions on the dark side of the Force consider mysterious and rare. In fact, they are obsessed with how the dark side can combine with technology to increase their power.