Home Entertainment Star Wars The Old Republic: Legacy Of The Sith Delayed To 2022;... 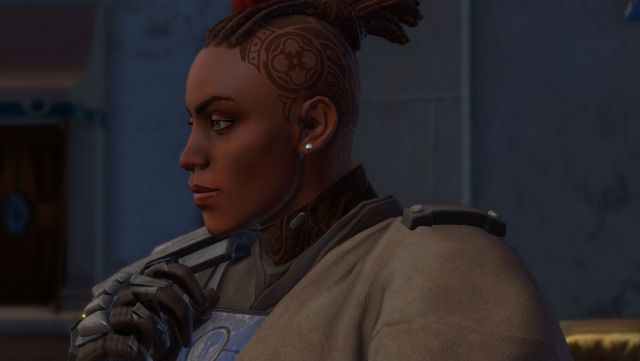 Star Wars The Old Republic: The expected expansion of BioWare’s MMORPG will be begging for more than expected. The study sends a message to the community to explain it. BioWare has announced that Star Wars The Old Republic: Legacy of the Sith will experience a release date delay. Initially scheduled for this Christmas, the ambitious expansion of this MMORPG moves its premiere to next February 15, 2022.

“We have made the difficult decision to delay the release of Legacy of the Sith to February 15, 2022,” they begin by saying in the message, signed by Keith Kanneg, Project Director of the video game. “Like many of you reading this, I am personally looking forward to the launch of our next expansion. I have really enjoyed my hours exploring the depths of Manaan, testing new combinations of stories and abilities with Combat Styles, and much more during internal tests ”, he adds, but“ it is clear ”that they need“ a little more time ”, recognize.

During this additional period, they will dedicate resources to testing aspects that are not yet completely polished in order to offer a polished experience and according to the quality standards that both they and the fans want.

Star Wars The Old Republic: Legacy of the Sith invites players to experience a new military campaign to conquer a vital planet for their faction as they uncover the ultimate plan of the renegade Sith, Darth Malgus. In addition, this new expansion will include quality of life improvements in the SWTOR game experience with a new functionality called Combat Styles, which will give more options and a series of mechanical improvements.

On the other hand, the maximum number of levels that players can reach will be increased by 5, specifically up to level 80. The most complicated challenges so far from Star Wars: The Old Republic will also be introduced, from new collaborative missions to a tomb in a mountaintop on the remote planet Elom, an Operation in the remains of a deep space research station, and much more.

Although the release date has changed, the plan remains intact: this expansion will serve as the starting signal for the great celebration of the 10th anniversary, which will run throughout 2022 and will add new content, events, updates and more.

BioWare’s MMORPG, Star Wars The Old Republic: Legacy of the Sith, is available on PC. Next year will be an unmissable date for fans.

Cobra Kai: The hardest thing to get to generate the famous...