Home Entertainment Star Wars the Mandalorian: The Last Jedi director would like to direct... 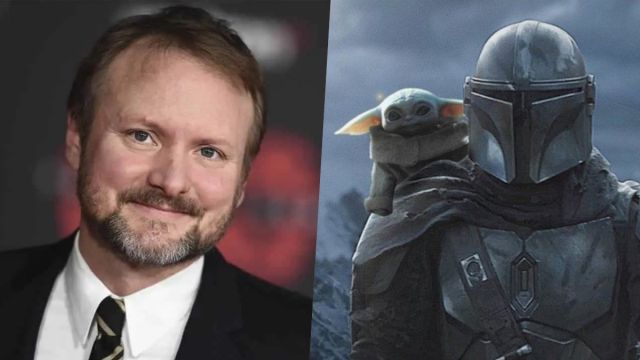 Star Wars the Mandalorian: Rian Johnson still has a new trilogy in the saga on the horizon, although no dates have been set at the moment.Star Wars Episode VIII: The Last Jedi is one of the most controversial films in the galactic saga. Loved by many and hated by so many others, Rian Johnson’s story with the galaxy far, far away seems to be not yet over. The director has been commissioned with a new trilogy, which according to Lucasfilm has not been canceled despite the fact that no specific date has been revealed. In an interview with Sariah Wilson, the filmmaker also stated that he would love to direct an episode of The Mandalorian, the first live-action Star Wars series.

According to Wilson, Johnson has chatted with Dave Filoni about all of this. In fact, he visited the set during the filming of the first season, which he found great. He saw Baby Yoda months before the character came out. However, at the moment it has not been possible for him to get behind the scenes, since he has other professional commitments, such as the sequel to Daggers from the Back. Be that as it may, the question is that he finds a hole in the middle.

The Mandalorian has a confirmed third season

Although a part of the story was closed at the end of the second season, the team led by Jon Favreau and Dave Filoni is already working on the next season, which has no release date. The truth is that before the return of Mando, at least as the absolute protagonist, another character will be back on Disney +. The Book of Boba Fett will be released in December and will continue the story of this fearsome bounty hunter, who joined Din Djarin as his ally for a few episodes.

Other spin-offs that are already confirmed with Rangers of the New Republic and Ahsoka. The latter, with Anakin Skywalker’s apprentice as the protagonist, has not yet revealed the synopsis officially, although everything seems to indicate that Grand Admiral Thrawn will have a lot to say.

8 Horror Movies That Need a Prequel