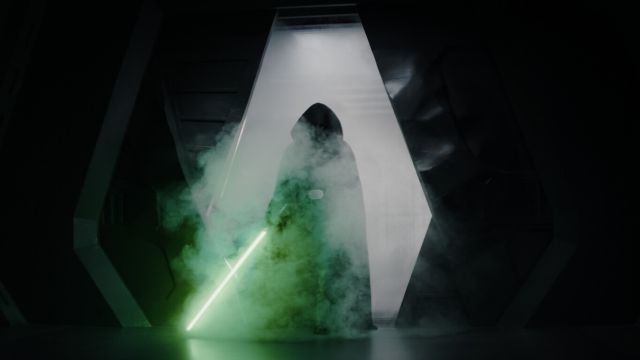 Star Wars: The Mandalorian, The Jedi master will be one of the main protagonists of the new episode of Disney Gallery, a new behind the scenes of the series.The end of the second season of Star Wars: The Mandalorian surprised viewers with an unexpected return. The young Luke Skywalker, the one from just after Return of the Jedi, reappeared on screen as Mark Hamill, the actor who has played him from the beginning. This was achieved, of course, thanks to CGI technology, but how was it done? All these secrets will be revealed in the new episode of Disney Gallery: The Mandalorian, coming to Disney + on August 24. Meanwhile, Lucasfilm has shared a little clip to whet your appetite.

In a video of less than a minute, we can see Mark Hamill removing the hood of his tunic, a scene that was later modified to replace the current face of the actor (who is about to turn 70 years old) with his young appearance. . This whole process was carried out in secret. In fact, the rest of the characters that appear in the scene were unaware of Luke’s identity when they recorded that sequence, since they did not shoot with Mark Hamill.

Star Wars is about providing good feelings, according to Filoni

“This work is great in so many ways and I think people think it is because we can tell the story, do these effects and capture these experiences,” said Dave Filoni, one of the people behind The Mandalorian. “It’s also great because” they can put themselves in the viewer’s perspective and observe the reactions.

Filoni recalled that while Hamill was filming the scene, he had the opportunity to look at the rest of the team and remember what it meant to all of them. “You realize that you have been part of the construction of something that provides that experience to people, those good feelings. For the creative, Star Wars is precisely about offering those great vibes to all types of viewers, regardless of age, etc.

Filming for the third season of The Mandalorian will begin in September.