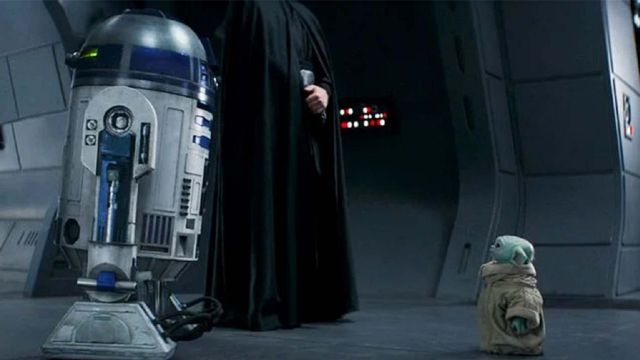 Star Wars: the Mandalorian, Director Peyton Reed thanks the actor for the experience, while Hamill says he will treasure it forever.Star Wars: The Mandalorian has not yet confirmed the date of its third season, but Lucasfilm has just released new content related to the series. From now on, subscribers have the opportunity to enjoy a new episode of Disney Gallery: The Mandalorian, focused on the design process of the digital recreation of young Luke. In this context, the director of the episode, Peyton Reed, has shared a photograph in which Mark Hamill can be seen holding Grogu, better known as Baby Yoda.

“Thanks again, Mark Hamill, for an unforgettable experience,” wrote the filmmaker. Soon after, the actor who has played Luke Skywalker throughout the saga has retweeted that message and has admitted that it has also been an important experience for him. In another tweet, the interpreter has recalled what he meant to keep such a secret for 17 months, but has been enthusiastic about the “many questions, not all” that they answer behind the scenes.

The actors believed it was Plo-Koon

The secret was not only kept away from viewers, but also from the cast members themselves. The scene featuring Luke Skywalker was not shot with Hamill face-to-face with the rest of the cast. Neither Pedro Pascal nor the rest of the actors knew who would be under the hood. In fact, they were led to believe that he would be Plo-Koon, a Jedi Master we last saw in Revenge of the Sith and is presumed dead and buried.

The Mandalorian has been renewed for a third season, but will not be released this year 2021. Instead, in December, Disney + will broadcast The Book of Boba Fett, the first spin-off of the series starring Mando. The filming of the new season begins in September, while other series based on Star Wars continue with their production: Andor has finished filming and Star Wars: Obi-Wan Kenobi continues. On the other hand, Star Wars: The Bad Remittance has been renewed for a second season.