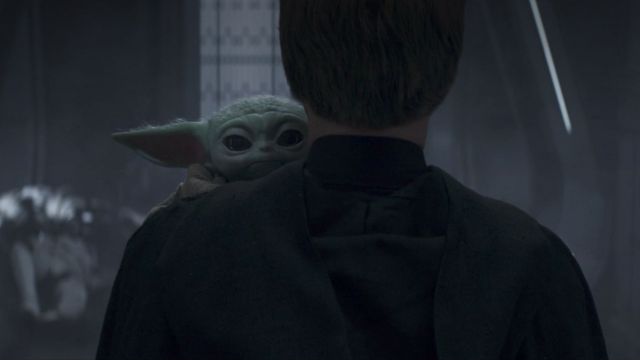 Star Wars The Mandalorian: The second season of the series revealed the fate of the character, a creature of the same species as Yoda. Luke Skywalker became the last of the Jedi. After the fall of the Galactic Empire he sets out to train new force-sensitive apprentices, including Grogu himself. The Mandalorian, the first live-action series based on Star Wars, wrapped up its second season a few months ago, but the return of Mark Hamill’s Luke Skywalker still reverberates. Artist Russell Walks has designed a spectacular exclusive poster for Comic-Con 2021.

Size Matters Not (size does not matter) is the title of this original work, in which we can see Master Skywalker teaching the mysteries of the force to Grogu, better known as Baby Yoda. The baby uses his powers to float the materials of what will be, clearly, his own lightsaber. Luke holds a yellow Kyber crystal.

The poster can be purchased exclusively at Shop Trends, although at the time this news is written the website is down and it is not possible to make a purchase. Be that as it may, below you can enjoy art.

Disney Gallery returns with the Mandalorian

Have you ever wondered how the recreation of young Luke Skywalker was possible in the second season of The Mandalorian? Months after the final episode aired on Disney +, Lucasfilm has announced a special Disney Gallery chapter, in which the creators of the series will delve into the creative process of CGI. In fact, the character’s voice was once again voiced by Mark Hamill, the original actor.

The Mandalorian is confirmed for a third season. As recently noted, the series has entered production again, so filming will begin shortly. However, the premiere will take longer than usual, since the new chapters will not debut in 2021. Instead we will see The Book of Boba Fett, a spin-off starring this legendary bounty hunter.

Konami on eFootball: “We Keep Developing First For Consoles”