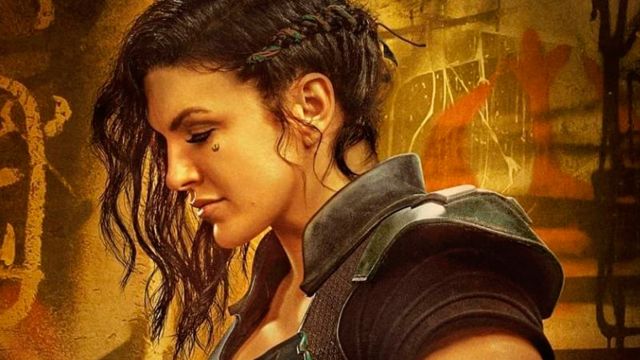 Star Wars: The actress stopped being part of The Mandalorian for her controversial comments on social networks. She is listed in the Best Supporting Actress category.Lucasfilm has included Gina Carano as a candidate for the Best Supporting Actress award for her role in The Mandalorian for the Emmy Awards 2021. The American actress, fired from the series based on the Star Wars universe after making racist and anti-Semitic comments on social networks , appears again as a party linked to the project for its work in Season 2, broadcast during 2020 on Disney +.

Although different voices suggest a possible return of Carano to the casting of The Mandalorian, at no time has Lucasfilm hinted at this possibility; in fact, the 2021 Emmys seek to reward excellence in acting skills during a period when the actress was in the cast. Not in vain, the company has wanted to recognize her role as Cara Dune, whose contribution is now among the actresses nominated for the aforementioned award. She was a crowd favorite. Carano lashed out at Disney last February for her firing.

She is not the only actress presented by Lucasfilm for the Emmy Awards. From Pedro Pascal as the best leading actor to Giancarlo Esposito and Temuera Morrison among the best supporting actors and a long list of actors and actresses in supporting roles.

The Emmy Awards will be held this September 19

The first season of The Mandalorian went home with no less than 7 Emmy Awards (15 nominations) in a multitude of categories. Hopefully Season 2 will once again be one of the highlights for these annual awards for excellence in the North American television industry. It will not be until next September 19 when the ceremony is held through the CBS signal; It can also be followed in streaming via Paramount Plus, Viacom’s platform. Voting to present nominees is open, while on July 13 we will know the final list of candidates for these awards.

The future of Star Wars in the world of television is wide. In this article we review all the confirmed series for Disney + so far and everything we know about them.

Two Point Campus: how to speed up, pause and slow down...