Home Entertainment Star Wars: The Mandalorian Confirms The Absence Of One Of Its Characters... 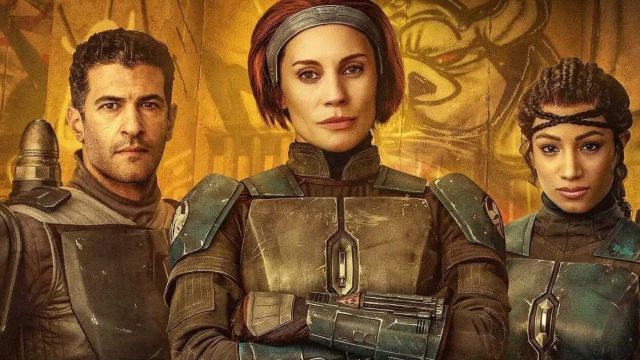 Star Wars: The Mandalorian: The third season of the series has already started its filming, although for the moment without Pedro Pascal, its main protagonist. The second season of The Mandalorian introduced numerous characters to the Star Wars universe. Sasha Banks, the star of WWE wrestling, was present in two episodes of the saga, where she played Koska Reeves, one of the companions of the Mandalorian Bo-Katan. In the final episode, her character ends up alive and well, but we will not see it in the third season of fiction. This is how the actress uncovered it in an interview with Bleach Report.

The official confirmation: does not return, at least for now

“First of all, thanks for bringing the issue to the fore, but I’m not into next season,” Banks said. “It has been incredible to be a part” of the Star Wars universe in The Mandalorian. The actress says that being in a saga “so great and loved” is “the best feeling in the world.” Furthermore, fiction has had “an overwhelming projection. I felt like I was in the galaxy far, far away, as if I was on a different planet. ”

According to her, she will always carry this experience with her. “I have taken a lot of what I have learned acting with them (…). She has helped strengthen my self-confidence, ”she reveals. In addition, she underlines the fact that it has been something that she did not expect, but the path to Hollywood is already drawn on her professional horizon. “I’m looking forward to my fans seeing what will come next.”

The absence of her this season does not necessarily mean that all possibilities of her appearing in other products of the saga disappear. In fact, it is still unclear in which series the Mandalore arc will continue to be narrated, which began in Clone Wars and continued in Rebels and other media.

Season 3 of The Mandalorian will premiere in 2022, although it does not yet have a more specific date. First comes The Book of Boba Fett (December 29), while Star Wars: Andor and Obi-Wan Kenobi are also scheduled for next year.

Explanation of the Forgotten Taylor Swift Character from CSI