Home Entertainment Star Wars the Mandalorian: An Actor Thinks Season 3 Will Be More... 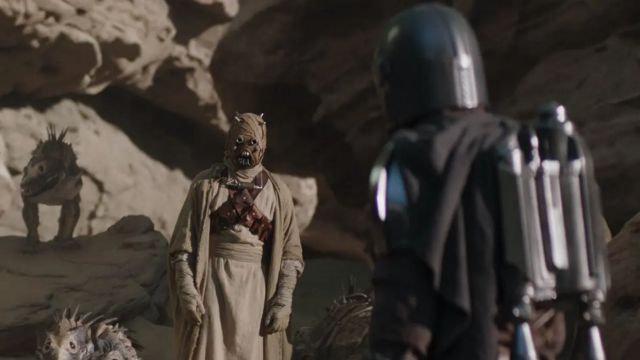 Star Wars the Mandalorian: Brendan Wayne, one of the show’s stuntmen, shares some of his views on the future of fiction.The Mandalorian, the first live-action series based on the Star Wars universe, will not be released in 2021, but it is already confirmed that there will be a third season. Jon Favreau and Dave Filoni, the two visible heads of the project, are working on the series and other spin-offs already announced. One of them, The Book of Boba Fett, will replace Mando’s stories this December. Brendan Wayne, stunt double, has anticipated in Star Wars Sessions what awaits us in the next season of the series.

“I think we’ve introduced the world that Mando now exists in,” he says. “It’s not that there are not going to be new things, but I’m sure there will be fewer introductions and that we will return much more to the first season” when it comes to “delving into the characters.” To what extent are Wayne’s musings? The interpreter clarifies: “Have I read the script? No. Have I heard a few things? Of course. I’m wondering, but I can tell you this: if anyone is able to continue telling a story, it is Jon [Favreau]. And raising the stakes? It’s Jon. ”

No official information on Season 3

As they point out in Comic Book, at the end of last year it was Wayne himself who confirmed that Pedro Pascal would return as Din Djarin in the third season of The Mandalorian, about which not much is known at the moment. The truth is that the end of Season 2 closed some of the plots, but also opened new ones. Everything indicates that Mandalore’s situation will be important again in the future.

During Disney Investor Day 2020, some of the spin-offs that Lucasfilm is preparing for the future were confirmed. The aforementioned Book of Boba Fett was announced later, at the end of the credits of The Mandalorian. Other products in the works are Ahsoka and Rangers of the New Republic. The latest news indicates that the latter is not yet underway, which does not mean that it has been canceled.

“Dominion” proves that “Jurassic Park” and “World Cinema” were wasted