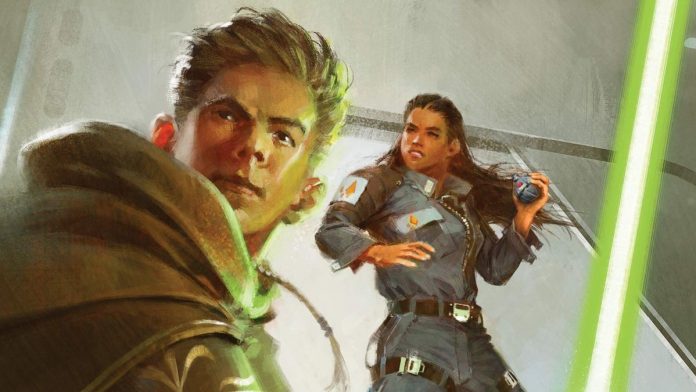 Charles Soule, one of the authors who will explore this era, has established a concrete order, although they have been written as independent adventures.

The end of 2020 has been a storm of emotions for Star Wars fans. Lucasfilm has announced a myriad of products for the future, most of which can be enjoyed on Disney Plus, a platform that will be reinforced with numerous series based on the galactic saga created by George Lucas. 2021 has also started with news: a new era begins, that of Star Wars: The High Republic, a time set centuries before the adventures and misadventures of Luke Skywalker, Darth Vader and company. Charles Soule, one of the authors working on this new timeline, has revealed in what order to consume all these items.

In this first phase, there are still no movies or video games based on La Alta República. Yes there will be a series, The Acolyte, which will be set in the last days of this era of splendor for the Jedi and for the political system that governs the galaxy. Still, it doesn’t have a release date yet. The first products are books, comics, graphic novels, etc.

In what order to read Star Wars: The High Republic

Charles Soule has stated that the correct thing to do is read launch by launch, product by product. Even so, he points out that it is possible to skip the order, since the stories have developed as more or less independent adventures, with their little links. “The stories of the High Republic work in any order”, but there are “small spoilers” that fans will appreciate if they do not respect the order. “We’ve been meticulous about making sure they are independent ventures.”

In addition to everything to come, players will be able to enjoy one of the canon stories for free. The Epic Games Store will give away Star Wars Battlefront 2, the shooter developed by EA DICE in 2017.