Home Entertainment Star Wars: The Book of Boba Fett Will Look “Different” After The... 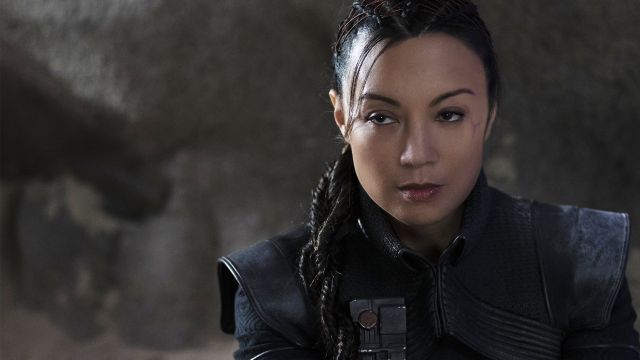 Star Wars: The Book of Boba Fett: Ming-Na Wen, Fennec Shand in the Disney+ series, thinks that every episode incorporates some unexpected surprise. Boba Fett is already a former bounty hunter. The legendary character from Star Wars has returned to star in his own Disney + series, of which we have already been able to see the first three episodes. Ming-Na Wen, who plays Fennec Shand in The Mandalorian, The Bad Shipment and The Book of Boba Fett, has anticipated that after the end of the season, viewers will see the series “with different eyes.” She has dropped it in an interview with Radio Times.

“I really hope that [viewers] will want to go back and look at the set again from a different perspective after discovering” how “things have evolved.” The star of The Mandalorian and The Book of Boba Fett refers to “other elements” that will be introduced in the following episodes.

“This is what’s great about Jon [Favreau] and Dave [Filoni],” the series’ producers. “They are so knowledgeable about this universe and about Star Wars, as well as being huge fans, that they know how to put the pieces together and make unexpected moves.” Wen adds: “And then all of a sudden it’s checkmate, so yeah, we’re waiting. to that victory, to that hit.”And not just until the last episode. Each of them includes new elements that hopefully surprise the fans. They surprised me.”

The crumbs of the criminal empire

In Star Wars: The Book of Boba Fett, the story continues the adventures of Fett and Fennec, who after assassinating Bib Fortuna, have taken over the throne from Jabba the Hutt. As Daimyo of Tatootine, the former bounty hunter will be forced to control a territory that was divided after Jabba’s death. Faced with this power vacuum, the various crime syndicates want their share of the pie.

Temuera Morrison, who played Jango Fett and the clones in the prequels, first stepped into the role of Boba Fett in The Mandalorian.

Lady Gaga Reveals The Dress She Wore To Biden’s Inauguration Was...

How to create and use email templates in Gmail