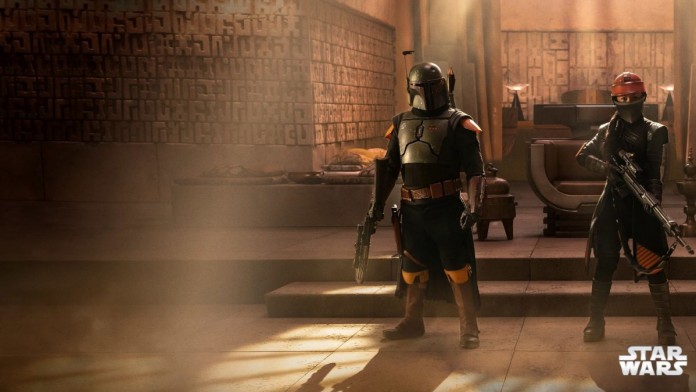 Star Wars: The best known bounty hunter in the galaxy far, far away becomes the criminal leader of Jabba’s organization. His fate was to be digested in the Sarlacc’s stomach for years, but Boba Fett was saved from this painful death and returned in the best of ways, as the bounty hunter we met in the classic trilogy. From the hand of Dave Filoni, Jon Favreau and Robert Rodríguez, starting on December 29 we will be able to enjoy the first season of Star Wars: The Book of Boba Fett, which will be broadcast on Disney +. In addition to new data revealed in Empire magazine, a new serial image has also been distributed: you can see it just below these lines.

A new path opens before Boba

According to Favreau, so far we have seen Boba Fett in facets that he has always been good at, but now he finds himself in a very different situation. He no longer fulfills orders or orders, now it is he who gives them. His objective, therefore, will be to control the criminal empire of Jabba the Hutt, killed by Leia Organa in Return of the Jedi. Although diplomacy will be important, he will not hesitate to use brute force when the situation calls for it.

In the official trailer, we see a Boba Fett trying to win the throne from Jabba. He meets with leaders of other criminal groups in order to strike a deal that allows him to operate as the kingpin that he has become. The story takes place after the second season of The Mandalorian, so he moves on the same timeline, that is, when the Galactic Empire has already fallen.

Of the Mandalorian spin-offs currently underway, The Book of Boba Fett will be the first to debut on Disney +. It is already confirmed that Ahsoka will premiere after the third season of the Mandalorian, while Rangers of the New Republic has not said anything yet. It remains to be seen if the firing of Gina Carano (Cara Dune) influences the creative process of the series.

Outside of The Mandalorian micro-universe, Star Wars: Obi-Wan Kenobi and Star Wars: Andor are two of the series that will arrive in 2022.

“Honestly, it’s kind of fucked up” — The Internet Has Gone...