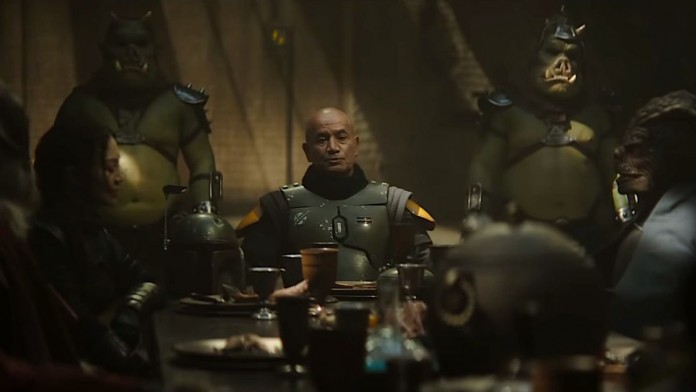 Star Wars: The Book of Boba Fett: The creators of the new series for Disney + reflect on the character and his new role in the history of the galactic saga. The most famous bounty hunter in the galaxy prepares to take over the crime syndicates led by Jabba The Hutt. He will do it in Star Wars: The Book of Boba Fett, a new original series that will premiere on December 29 on Disney +. The fiction is set around the same time as The Mandalorian, a post-imperial era after Return of the Jedi. In an interview with Empire, Jon Favreau has spoken about the role of the character in the series.

“There is a power vacuum because Jabba is dead. Jabba was clearly a strong and imposing leader, who the people were very afraid of and that he seemed to rule with an iron fist ”, Favreau recalled. “You put something like that outside of the Tatooine ecosystem and the Hutt terrain in general and you have the opportunity” to immerse yourself “in the gangster genre.”

As a bounty hunter, Boba Fett is infallible, but this character has always done work for his employers, so now he has to change his jacket and become the boss, the person who controls everything.

“Although Boba Fett is a very experienced bounty hunter, he does not have the experience when it comes to managing a criminal syndicate or managing the troops,” stressed the also creator of The Mandalorian. “He’s not normally a rookie, we see him as an expert in most fields. But in this case, he is trying to move to another position. ”

Exclusive Images Alert! 🚨 #TheBookOfBobaFett explores the "power vacuum" left by Jabba The Hutt, Jon Favreau tells us in the new issue of Empire – out Thursday.

His most violent face

Robert Rodriguez, who directed one of the Boba Fett episodes in the second season of The Mandalorian, is also one of the creative faces of this new series. The filmmaker has made it clear that diplomacy will not be Fett’s only avenue, something that fits perfectly with the character’s tough nature. “We will see a lot more of his true character this season. We will also watch him when he activates his ‘barbarian mode’ ”, he anticipates.

In addition to The Book of Boba Fett, Lucasfilm works on series such as Star Wars: Obi-Wan Kenobi, Star Wars: Andor or Star Wars: The Acolyte, not to mention the third season of The Mandalorian and the second of the animated series. The Bad Remittance.