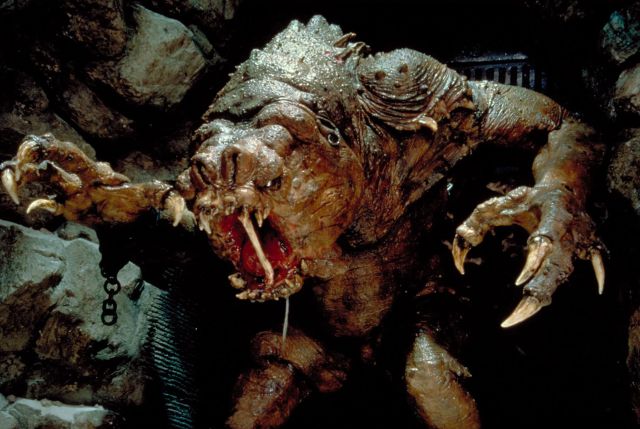 Star Wars: The Book of Boba Fett: The Disney + series led by Jon Favreau, Dave Filoni and Robert Rodríguez delves into the figure of the rancor. Tatooine has a new daimyo. Bounty hunter Boba Fett has reclaimed the throne from Jabba The Hutt and seeks to control the criminal syndicates. How could it be otherwise, this provokes hatred and assassination attempts, but Star Wars: The Book of Boba Fett, the new Disney + series, also explores a more emotional facet of the character. One of the sequences from the third episode clarifies a reaction that occurs in Return of the Jedi. If you haven’t seen the chapter yet, you may prefer not to continue reading.

Boba Fett and the rancor

In Star Wars Episode VI, Jabba opens the secret trapdoor in front of his throne so that Luke Skywalker falls into the pit. There he is awaited by a ferocious rancor, Pateesa, who ends up dead at the hands of the Jedi Master. At that moment, the child’s caretaker bursts into tears. The reaction would be natural if it wasn’t a beast capable of massacring you with its sharp teeth… or maybe there’s something else? The answer is yes.

In The Book of Boba Fett, the Hutts twins give the daimyo a rancor, which is accompanied by his caretaker, a character played by Danny Trejo (Machete). He tells Boba that the rancor is depressed because they are feeling animals that maintain an emotional bond with their owners. In addition, it is said that the witches of Dathomir rode them, something that the former bounty hunter intends to do with his new friend. The sequence concludes with some caresses, a sentimental aspect that contrasts a lot with what we had been shown in Star Wars so far.

Star Wars: The Book of Boba Fett will premiere its fourth episode starting January 19. It is confirmed that the first season will have seven episodes, although it is not known if it will continue in a new batch of episodes after.

343 Industries Is Still Considering Microtransactions for Halo: The Master Chief...

Announced ‘I have dreamed that I dreamed’