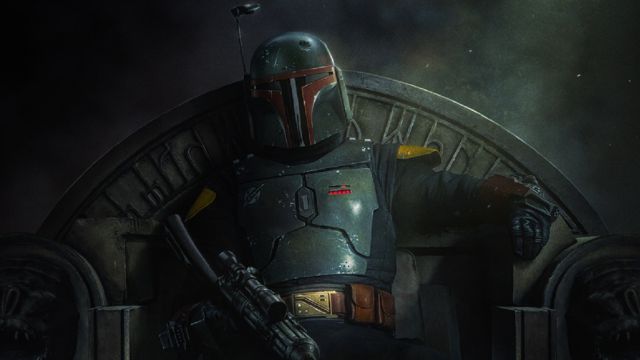 Star Wars: The Book of Boba Fett, the Star Wars series starring the famous bounty hunter, is coming to Disney + on December 29. First official poster. Star Wars will close in 2021 with the premiere of The Book of Boba Fett, the Disney + series. We will see the bounty hunter from December 29 as part of the platform catalog. From the official account of the brand we see the first official poster, where Fett sits on the throne carrying his particular blaster.

The long-awaited spin-off of The Mandalorian ended its filming last June. The news jumped through one of the leading actresses, Ming-Na Wen, who celebrated it with “latex gloves and shorts” inspired by the charismatic character.

This first season (it has not yet been confirmed if it will continue) will be directed by the prestigious filmmaker Robert Rodríguez, who warned that the series will “blow the heads off” of the fans. “Wait to see what comes to us. It’s going to blow your mind. That’s all I can say. I can put it in the clouds because I know it gives more than it promises. People are going to hallucinate when they see it ”.

We know that the series will delve into the story of the bounty hunter, which among other events will convey to viewers how he survived his apparent death in Episode VI. Temuera Morrison will be in charge of bringing it to life. Speaking to Express, Morrison himself celebrated Jon Favreau’s approach to the series. “Jon has come up with some magic formulas. He is a new world! It is a new world. They like to keep Star Wars material under lock and key, ”says the actor.

He remembers that Morrison was the actor who already did the same with Jango Fett and the clones of the Star Wars prequels, so he is a veteran when it comes to donning the Mandalorian helmet.

Eleven Men and a Secret: new movie from the original saga...

Chris Pratt shared messages about the critics of the terminal list...