Home Entertainment Star Wars: The Bad Remittance Shows a Preview of its Episode 3 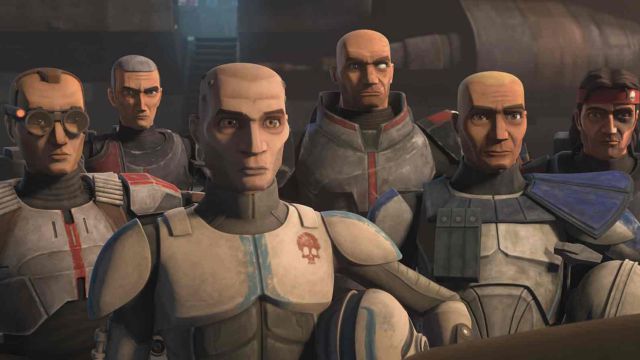 Star Wars: The Bad Remittance, The Clone 99 Force will continue its adventures and misadventures through the new chapter, which will premiere on May 19 on Disney +.Order 66 has been pronounced. Palpatine is emperor of the First Galactic Empire and the clones have turned against his former allies, the Jedi. In this climate of instability, the story of Star Wars: The Bad Remittance, the new animated series for Disney +, unfolds. This new fiction, which was released recently, is the direct continuation of The Clone Wars. In the absence of a few days for the broadcast of the third episode, Lucasfilm has distributed a short teaser trailer, which you can see below these lines.

The footage suggests that La Remesa Mala, also known as La Fuerza Clone 99, will accept some kind of dangerous work, so the action is more than guaranteed. Unlike the rest of the clones, his inhibitor chips do not make him react in the same way as the rest of his brothers. Therefore, the first reaction after hearing Order 66 is one of confusion.

If you have seen the first two episodes you will know that there has been a gap between the members of La Remesa Mala. Crosshair, the skilled sniper, soon questions that the squad leader did not follow orders to finish off the Jedi. However, his companions point out that previously they had not been especially respectful of the orders imposed by their superiors, although they used to fulfill the missions with mastery. How will the conflict end? Can Hunter, Wrecker, Tech, Echo and Crosshair iron out their rough edges? We will see it in the next episodes.

Star Wars: The Bad Remittance will have a first season of 16 episodes. During the course of the series we will learn about those first years of the Empire, when the clone forces begin to be replaced by a new army, this time trained in imperial academies. In addition to this product, it is confirmed that the Star Wars: The Book of Boba Fett will debut this December on Disney +.