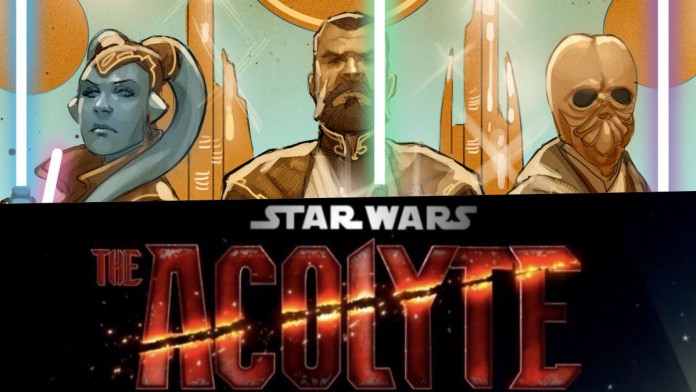 Star Wars: The series, defined as a thriller, is set in the last years of the High Republic, a time of splendor within the galaxy. With The Book of Boba Fett just months after its release, we get news of another Star Wars series that is on the way. This is The Acolyte, for the moment the only audiovisual fiction set in the High Republic, a new era that has begun to be traced through novels and comics. Production Weekly has revealed that this new product will begin filming next May 2022.

The truth is that there has been a dance of dates. In the summer, DiscussionFilm published that filming would start in February, but LRM Online qualified that information weeks later and reported that production had been delayed until May. The most recent issue of Production Weekly, released on November 11, confirms this fact. For now, Lucasfilm maintains its usual secrecy, so we will have to wait to learn new details about the series.

The end of the High Republic

According to recent leaks, this thriller will explore the beginning of the end of the Republic, which begins at that time of splendor of the Jedi Order and this political system. Little by little, democracy wears out and gives way to the situation that allows a Sith Lord like Darth Sidious to infiltrate politics at the highest level, to hatch the plot that begins in The Phantom Amanaza and ends with the proclamation of the first Empire. Galactic, as well as the destruction of the Jedi.

Star Wars: The Acolyte is just one of many projects announced by Lucasfilm. This year the filming of Obi-Wan Kenobi and Andor has ended, while the third season of The Mandalorian is still in the middle of the recording process, still without a specific release date on Disney +.

On the other hand, the movie Star Wars: Rogue Squadron, which was to be the first to arrive, has been left in limbo. According to some sources, it is due to schedule problems of director Patty Jenkins, while others point to creative differences, although it is not officially confirmed.

Antoine Griezmann And His Brother Announce The Cessation Of Their eSports...