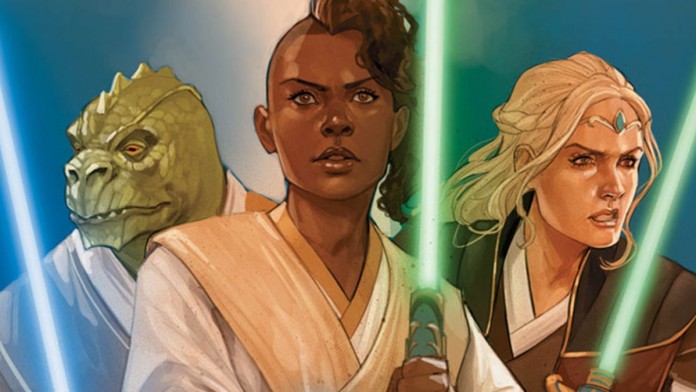 Star Wars: New leaks emerge about the production of the long-awaited Star Wars series for Disney + through a story set in the High Republic. After the recent premiere of the first trailer for The Book of Boba Fett, the new Star Wars series for Disney +, new details have been leaked from the production of The Acolyte, one of the next series of such a popular galactic universe that will be set in a time unexplored in real action: the High Republic. This is how the Comicbook medium collects it through different Illuminerdi leaks, providing details of the plot and the production in addition to the name of its main protagonist.

Thus, the history of The Acolyte will take us to the time of the High Republic, some 200 years before the events of the Skywalker saga, in a golden age for the Jedi knights, fully integrated into the Galactic Republic. In this sense, The Acolyte would explore the crisis of the Jedi order that would lead to the rise of the dark side of the Force and the return of the Sith. All this with the evil Darth Sidious plotting his dark plans that would lead to the start of Star Wars: Episode I – The Phantom Menace.

Apparently, the production of The Acolyte is known internally as Paradox, a name that would have a lot to do with the plot and a supposed and outstanding script twist. On the other hand, the protagonist of the series, a black woman in her 20s, receives the name of Aura, although it is not clear if it is the definitive name of the character or it is a code name used in the production of the Serie.

Finally, the filming of The Acolyte would have been delayed a few months, starting now at the beginning of summer 2022 instead of the beginning of next year, as planned; At the moment there is no approximate release date on Disney +.