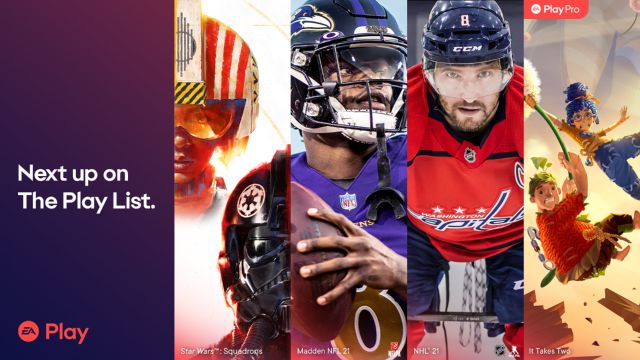 In addition, subscribers to the service will be able to enjoy two other novelties, this time in the field of sports games.

The galactic saga will reach more players with the premiere of Star Wars Squadrons on EA Play, Electronic Arts’ subscription service. Thus, all service members will have the opportunity to access the space battle game developed by Motive Studios. As if that weren’t enough, two sports titles will debut in the coming months. These are Madden NFL 2021 and NHL 2021.

While Star Wars Squadrons will be published at the end of March, the American football title will be available on the 2nd of that same month. Those who want to play some ice hockey games will have to wait a little longer, since its launch is scheduled for the month of April. Additionally, EA Play Pro subscribers will be able to play at no additional cost It Takes Two, the new cooperative game from Josef Fares, creator of A Way Out. This will be from March 26th.

Star Wars Squadrons is a video game set between Episodes VI and VII. The Galactic Empire has lost its emperor, but it has not completely disintegrated. The old power structures are vying for hegemony and fighting the New Republic, a shaky government that at that time is still in its infancy. The production introduces a campaign mode with a canon story, although the game is heavily focused on the multiplayer experience. There are no missions on foot, so all the action takes place aboard the ship.

The Star Wars saga will remain in the hands of EA, but not exclusively. Lucasfilm Games, its new video game label, will offer the license to other external studios. Ubisoft is already working on an open-world game developed by Massive Entertainment, the makers of Tom Clancy’s The Division 2; Bethesda’s MachineGames are focused on the upcoming Indiana Jones game.

EA Play is available on PC (Steam, Origin) and Microsoft and Sony consoles.

The market is green again! What is the latest situation with...