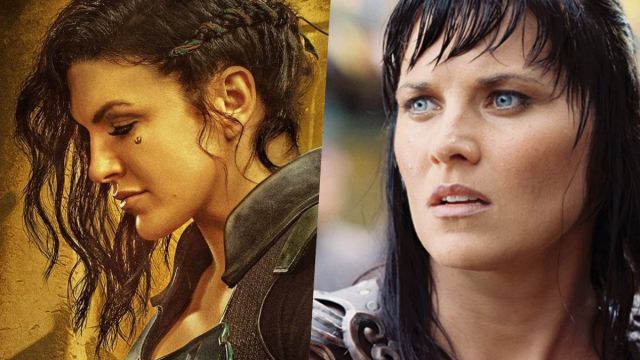 Star Wars: The actress has participated in other productions such as Spartacus or Battlestar Galactica and has already spoken with Lucasfilm. When Gina Carano was fired from The Mandalorian, it was unclear whether the Cara Dune character would rebound with another actress. On social media, Star Wars fans began to suggest the name of Lucy Lawless, an actress who became known for her unforgettable role as Xena, although she has worked in countless productions over the years. Yet ironically, this campaign has been able to damage her chances of stepping on the galaxy far, far away.

This is how Lucy Lawless herself drops it in an interview with Metro, where she has confirmed that she has had conversations with Lucasfilm to get a role in Star Wars. It will not be that of Cara Dune, a character who will not recover with another interpreter. “To be honest with you, I have already been in talks for something that is not The Mandalorian, but it is linked to Star Wars,” she commented.

She suggests that they may not have hired her because it would give the impression that they are pleasing a specific group of fans. “I don’t know anything, but it can be harmful because if you satisfy this group of fans, then how are you going to please each group of fans? You know what I mean?”

Star Wars expands to other corners of the galaxy

The expansion of Star Wars is being carried out through different means, but especially through the Disney + series. Lucasfilm recently announced that The Book of Boba Fett will finally premiere on December 29. This spin-off of The Mandalorian will come out before the third season of the same, whose filming has already begun.

Beyond, with an eye to 2022, are two other products that have already completed their filming. We refer, of course, to Obi-Wan Kenobi and Star Wars: Andor, which currently have no confirmed release date. In the future we will see a series by Ahsoka and even a fiction set in the last years of the High Republic, one of the new subsagas opened in recent months.

Grey’s Anatomy: The Casting Decisions That Completely Changed The Drama