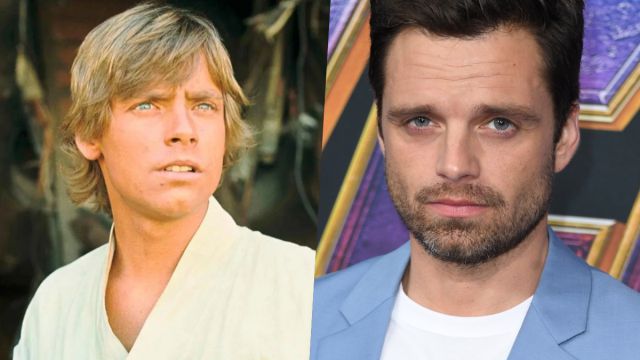 The star of Falcon and the Winter Soldier has repeatedly sounded like a possible candidate to play the Jedi.

The Skywalker saga may have ended with the premiere of Star Wars Episode IX, but stories about Luke and the rest of his family continue to be told in other products. Therefore, the name of Sebastian Stan as a possible new interpreter of Luke Skywalker has not stopped being rumored in recent months. The truth is that the actor from Falcon and the Winter Soldier has referred to the issue in an interview with Good Morning America, which collects ComicBook.

“If Mark Hamill calls me personally and says that he feels inclined to share this role with me, then I will believe it.” Hamill has been the interpreter of Luke Skywalker in the different stages of his life. He embodied the character in his youth, but also in his old age, already in the new Disney trilogy. Now, the possibility of another actor assuming that role is raised, although at the moment there is nothing officially confirmed.

The future of Luke Skywalker

If you have not seen the end of the second season of The Mandalorian, it may be better not to read beyond these lines. The big surprise of the final chapter was the appearance of Luke Skywalker. Lucasfilm kept the secret with zeal, to the point that not even the actors themselves knew who they were dealing with. Thanks to today’s technology, Mark Hamill was once again able to become the young version of his character. Grogu, better known as Baby Yoda, went with him to train his abilities as a Jedi.

Thus, the possibility of Skywalker making an appearance again in the Disney + series remains open. It remains to be seen whether it will be Hamill or another actor who will put himself in the shoes of this beloved character. The platform prepares endless new series and projects related to the galactic saga.