Home Entertainment Star Wars: Rogue Squadron | His director confirms that the script is... 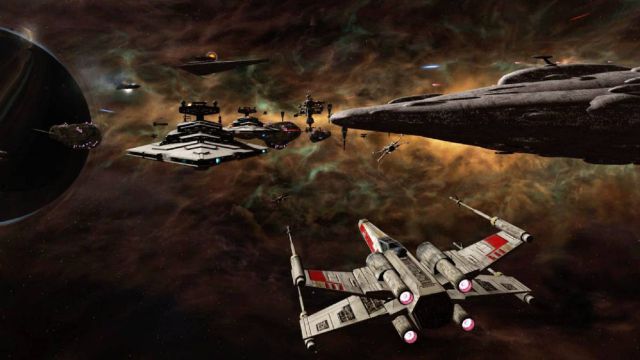 Star Wars: Rogue Squadron: It is one of the films confirmed for the future of the galactic saga, although filming has not yet begun. Rogue Squadron ships have not had their last word. Lucasfilm will bring the fast-paced action of battles in space to one of its film projects, Star Wars: Rogue Squadron, a film that will be directed by Patty Jenkins, the man behind Wonder Woman and Wonder Woman 1984. In an interview with The Hollywood Reporter, the filmmaker has spoken about the progress of the project and has revealed that the script is already quite outlined.

“Everything is great,” Jenkins told The Hollywood Reporter. “I got into it six months before it was announced, so we’ve gotten into it. We are finishing the script ”, she has assured. “It is going to be wonderful. I’m excited about the story and the fact that we are the next chapter in Star Wars, which is a responsibility and an opportunity to really start new things. ”

The filmmaker also explained how she works with members of the Star Wars team at Lucasfilm. “It has been a completely different way of working. I’m on the phone with all of them and I do Zoom meetings with all the people involved in Star Wars at all times. I am quite free to do whatever history I want to do, but you must know who has done what, who is doing what, where it is going and how it works “, as well as be aware of the designs that have been made to date”.

In another recent interview, this time with the Associated Press, Jenkins admitted she was very excited about the projects currently on the table. “There is an incredible story that is truly honored,” she noted, referring to Michael Stackpole’s books on Rogue Squad. In addition, the director has also noticed the video games Star Wars: Rogue Squadron, which were released on systems such as Nintendo 64 or GameCube.

In addition to Star Wars: Rogue Squadron, Lucasfilm has given the green light to other projects for the big screen, including the Taika Waititi film and Kevin Feige’s film, not to mention the Rian Johnson trilogy, which according to the company keeps going.