Home News Star Wars: The Rise of Skywalker: Did Palpatine Predict His Resurrection in... 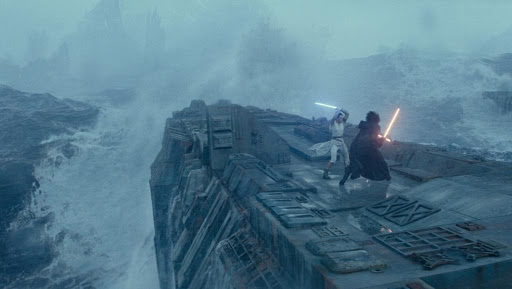 Star Wars: The Rise of Skywalker: Did Palpatine Predict His Resurrection in Return of the Jedi? According to the film’s official novel, Palpatine would have anticipated his death far in advance, which explains the presence of a clone!

Palpatine’s unexpected return to Skywalker’s Ascension continues to intrigue fans … While this theory explains how Rey managed to escape him during his childhood , we know more about the Emperor’s past thanks to the release of the novel associated with the film.

Thanks to the new Disney policy , all books and comics published under the title of Star Wars are canon, which means that they belong to the same universe as the films of the franchise.

So much the better, because we now know how Darth Sidious was able to survive the time of his presumed death in The Return of the Jedi ! As you remember, the Sith Lord would die aboard the Death Star, just before his disciple Darth Vader died in turn.

However, here it reappears tens of years later in the body of a clone, very alive! And for good reason: the novel explains that Darth Sidious sensed the dilemma in the heart of his apprentice, and had foreseen his betrayal for a long time.

At the time of his death, thanks to the dark power of the Force, he therefore projected his consciousness into a secret place, located on the terrifying planet Exegol . Without doubt this projection of the soul is the fruit of a mysterious Sith ritual …

Fortunately, at the end of the film, the courageous Rey, helped by a repentant Kylo Ren, finally destroys the horrible Emperor Palpatine. It remains only to hope that all the Sith have been destroyed in Star Wars The Ascension of Skywalker ,