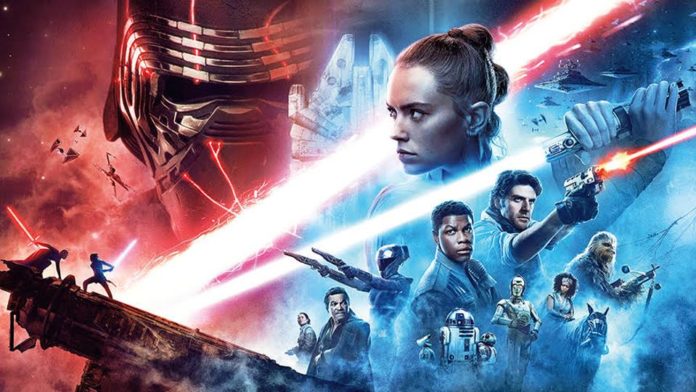 Star Wars: The Rise Skywalker was a film, to say the least, divisive. Many fans were disgusted by J.J.Abrams’ choices, while others found the conclusion satisfactory. The same happened among critics, who pointed out several elements, both for and against the final chapter of the Skywalker saga. Now, it was the turn of the Screen Junkies channel to launch its traditional Honest Trailer for the film.

For those who do not know, since 2012, the channel creates alternative versions of trailers, highlighting questionable moments of the films. Ironically, the channel’s first video in this format was from the also questionable Star Wars: The Phantom Menace. The jokes refer to the inconsistencies in the script and the decisions the characters make.

The narrator begins by remembering that the film should be directed by Colin Trevorrow, until someone watched The Book of Henry and decided to offer the film to J.J. Abrams. Then, the video says that the film is actually Star Wars – Episode 7.5, because it ignores much of what happens in the eighth feature. See all the jokes in the video below:

In the character jokes, the video says that Kylo Ren follows the Skywalkers tradition of being genocides who are forgiven after doing a single good deed. Rey is mentioned as the person who stole everything Luke Skywalker had: the lightsaber, the X-Wing, his book collection, the house where he grew up and even his last name.

The video still talks about the old characters, who return to this film, and those who supposedly died, but reappear during history, like Chewbacca. There’s also a joke about Rey’s healing power, which could have been used to save Qui-Gon Jinn in The Phantom Menace.

In the end, the narrator says he doesn’t think it’s a good idea that all great films are made by just one studio, showing scenes from Guardians of the Galaxy, Star Wars and Avengers: Ultimatum.

Xiaomi is said to Introduce a Phone with a 150MP Camera...