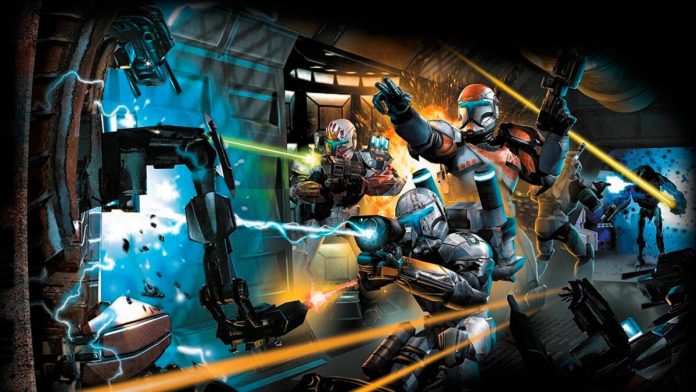 Aspyr Media announces the return of the classic first-person shooter based on the Star Wars saga with some improvements to the gameplay level.

Star Wars Republic Commando, the strategic FPS based on the Star Wars saga and that appeared in 2005 for PC and Xbox, will return to the present day with a port for PS4, PS5 and Nintendo Switch on April 6. This has been announced by Aspyr Media, responsible for its relaunch, advancing some improvements at the playability level to adapt to current platforms, also enabling its reservation in the eShop from today at a price of $ 14.99.

Thus, many fans will remember the particular gameplay of the LucasArts title, a video game that put us under the armor of a Delta squad leader, giving orders to the rest of the team of clones, from directing tactics to indicating the maneuvers to carry out, with the possibility of delegating actions at your own discretion. All as a first-person shooter game with real-time shooting tactical options.

“Republic Commando is a fan favorite, and Aspyr knows it better than anyone. Believe me, we’ve read tons of tweets and comments asking for it. We are pleased to announce that your prayers have been heard, ”says Mallie Rust, Marketing Specialist at Aspyr Media. And it is that Star Wars Republic Commando became a gift for fans at the time of the second film trilogy, since its story takes place between Episodes II and III.

“Chaos has broken out in the galaxy. As the leader of an elite squad of the Republic Commandos, your mission is to infiltrate, dominate, and ultimately annihilate the enemy. Your squad will follow your orders and your leadership, working together as a team – instinctively, intelligently, instantly. You are the leader. They are your weapon ”, we can read in its official description. The game will include gameplay improvements and trophies for PlayStation systems.

Cobra Kai: The Character Fans Want To See More Of In...

Review Matrix Resurrections. Back To The Origins