Home Entertainment Star Wars: Rangers Of The New Republic Is Not Yet In Active... 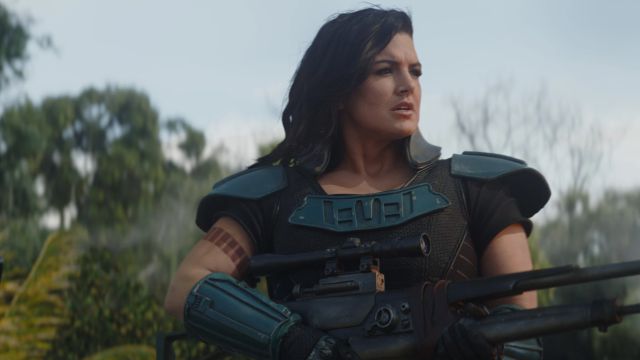 Star Wars: The third spin-off of The Mandalorian was announced during Disney Inverstor Day last year. Disney + paves the way for a future full of content from its most powerful sagas. How could it be otherwise, Star Wars is a central piece in the expansion plan of the platform, which already has more than 100 million subscribers. Among the novelties on the way is Rangers of the New Republic, a spin-off series of The Mandarorian that was announced on Disney Investor Day 2021. However, according to Variety, this fiction is not yet in active development, although they have not offered more details on the matter nor have they specified whether the dismissal of Gina Carano has affected production or not.

After the second season of The Mandalorian, it is the turn of the first of the announced spin-offs. This is The Book of Boba Fett, a series that will be set around the same time and that will star the best-known bounty hunter in the galaxy far, far away. The team is currently in the middle of the filming process, since its premiere is scheduled for December 2021. On the other hand, Ahsoka, another derivative product, will invite us to learn more about the character played by Rosario Dawson, who already made an appearance during the episode The Jedi of The Mandalorian.

Third season of The Mandalorian

As for the Mandalorian series, both Dave Filoni and Jon Favreau have confirmed a third season, although everything seems to indicate that it will not arrive until 2022. At the moment the direction it will take is unknown, since the end of the season closed some plot arcs important, while raising new ones that give continuity to some events narrated from the animated series The Clone Wars.

Star Wars has two other series that are in development and in the filming process. We are talking about Obi-Wan Kenobi, a 6-episode miniseries in which Ewan McGregor will once again take on the role of the Jedi master, while Hayden Christensen will play Lord Darth Vader. Andor, meanwhile, is a prequel to Rogue One starring Diego Luna.