Home Entertainment Star Wars: Rangers Of The New Republic Cancelled? This Is What Lucasfilm... 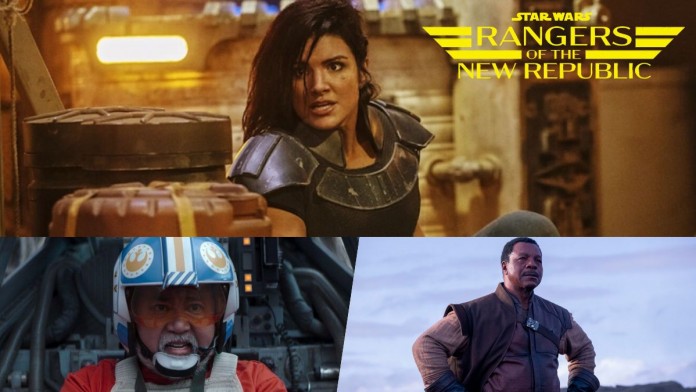 Star Wars: Rangers Of The New Republic: The third spin-off in the Mandalorian series will not take place as a standalone product: The Mandalorian will absorb some plots. In December 2020, Lucasfilm announced three spin-offs of The Mandalorian: The Book of Boba Fett, Ahsoka, and Rangers of the New Republic. Everything seems to indicate that this Star Wars series will never take place, at least not in the way that was initially planned. In an interview with Empire, Kathleen Kennedy, president of Lucasfilm, has practically confirmed what has been rumored for a long time, that the series will not see the light. Even so, some of his plots will be integrated into the successive seasons of the Mandalorian.

According to Empire, Rangers of the New Republic was going to focus on the character of Cara Dune. However, actress Gina Carano was fired from Lucasfilm, which is why the publication notes that production is currently on hold. Kennedy reinforces that position with these words: “We have never written a script or anything about it,” she explains. “I’m sure something will appear in future episodes of the new season of The Mandalorian.”

In the second season of The Mandalorian, characters like Cara Dune and Greff Karga were recruited into the New Republic, the political body that was established after the fall of Palpatine and the Galactic Empire. However, the Imperial forces still controlled many of the systems, so the transition did not go smoothly. Officially, the information on Rangers of the New Republic was very sparse. Not even the protagonists were announced.

Those who want to immerse themselves in the universe of The Mandalorian will be able to do so again from December 29, when The Book of Boba Fett is released. The bounty hunter has returned in style and seized the throne of Jabba, although now he will have to put all the crime syndicates on his side.

Does the US ban Tik Tok? The press conference of the...